Day of Prayer for Survivors of Abuse 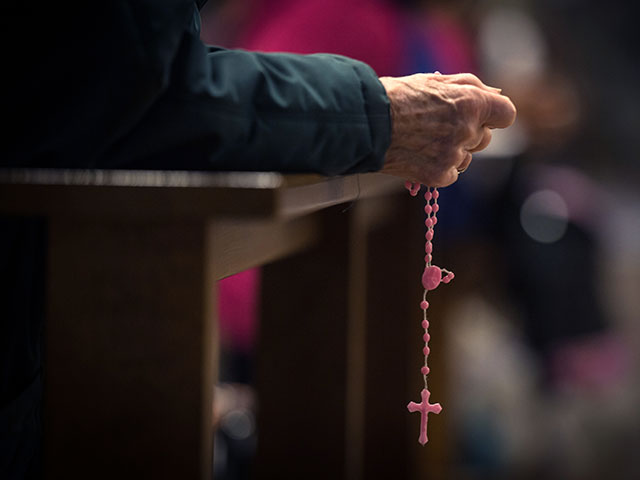 CBCEW » News and Media » » Day of Prayer for Survivors of Abus...

On Friday 23 March the Catholic Bishops’ Conference of England and Wales is encouraging the Catholic community to take part in a day of prayer for survivors of sexual abuse.

The Pontifical Commission for the Protection of Minors (PCPM) has highlighted the importance of prayer and suggested to Pope Francis that the worldwide Catholic Church should join together in a day of prayer. The Holy Father has welcomed this initiative.

In terms of our Cycle of Prayer in England and Wales, this day will be marked every year on the Friday of the fifth week of Lent.

These bidding prayers can be used during Mass on Friday and also weekend Masses on 24 and 25 March:

For those whose lives are affected by the enduring and painful memory of sexual abuse and physical violence; may their families, friends and supporters renew their trust and security in loving relationships. May all members of the Church be instruments of healing.

Lord in your mercy…

For leaders of the Church; may they lead with humility and mercy and seek to protect the vulnerable and the least.

Lord in your mercy…

The Holy See has a Pontifical Commission for the Protection of Minors. It is an advisory body to the Pope. This is how Pope Francis described its mission:

“The Commission’s specific task is to propose to me the most opportune initiatives for protecting minors and vulnerable adults, in order that we may do everything possible to ensure that crimes such as those which have occurred are no longer repeated in the Church.
“The Commission is to promote local responsibility in the particular Churches, uniting their efforts to those of the Congregation for the Doctrine of the Faith, for the protection of all children and vulnerable adults.”

From the beginning of the Commission’s work, the spiritual and pastoral care of all those who have been victims of sexual abuse, together with their families and their communities, has been of primary importance to the Members of the PCPM.

Prayer is a central, important part of the healing process for survivors and for the whole community of believers. Moreover, public prayer is an important way of raising consciousness in the Church.

In the experience of the commission’s members, survivors have often expressed a desire for prayer as an important element in their healing process.

It was a survivor of clerical child sexual abuse who, in fact, first made the proposal to the Commission for a “Day of Prayer” for all survivors of abuse. The Members then tasked the Working Group on Theology and Spirituality with drawing up the proposal. The Members accepted the proposal at the February 2016, Plenary Assembly and submitted it to Pope Francis for his approval.

The Holy Father welcomed the initiative and has asked that each episcopal conference choose an appropriate day in their nation or territory to hold a “Day of Prayer” for the survivors of sexual abuse.

Prayer I for the victims and survivors of sexual abuse

Since your mercy has been revealed

In the tenderness of your Son Jesus Christ,

who said to his disciples:

“Suffer the little children to come unto me”,

we pray that your Church may be a secure home

where all children and vulnerable adults are brought closer to your Beloved Son.

May all those who have been abused

physically, emotionally and sexually by your ministers,

be respected and accompanied by

tangible gestures of justice and reparation so that

they may feel healed with the balm of your compassion.
We ask this through Jesus Christ our Lord

Prayer II for the victims and survivors of sexual abuse

who loves and cares for all of your children, especially the smallest and most vulnerable, we entrust to you the lives of the many children and vulnerable adults, who have been sexually abused, and whose trust and innocence have been destroyed. Help us to hear their cries of pain and to take responsibility for so many broken lives.

We pray that within their communities and families they may find understanding and support so that with the help of your grace their wounds may be healed, and they may again know peace.

Grant this through our Lord Jesus Christ, your Son, who shared our weakness in all things but sin, and lives and reigns with you in the unity of the Holy Spirit forever and ever.

protectionofminors.va
Official site for the Pontifical Commission for the Protection of Minors – the advisory body to the Pope.

csas.uk.net
The Catholic Safeguarding Advisory Service (CSAS) is responsible for driving and supporting improvements in practice. Its primary role is one of co-ordination, advice and support in respect of the wider job of safeguarding children, young people and vulnerable adults.

childprotection.unigre.it
The Centre for Child Protection (CCP) of the Pontifical Gregorian University is dedicated to providing educational resources, both basic training and specialised formation, for people working in the field of safeguarding minors. 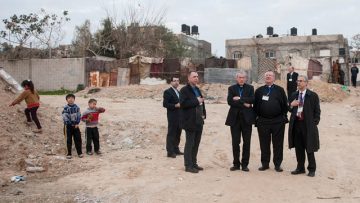 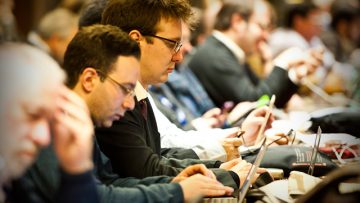 First Press Conference ahead of the Bishops Synod on the Family

Cardinal Nichols takes possession of his Titular Church in Rome 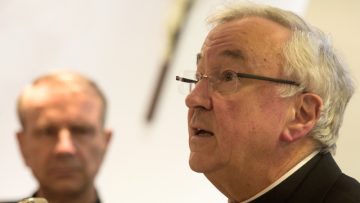