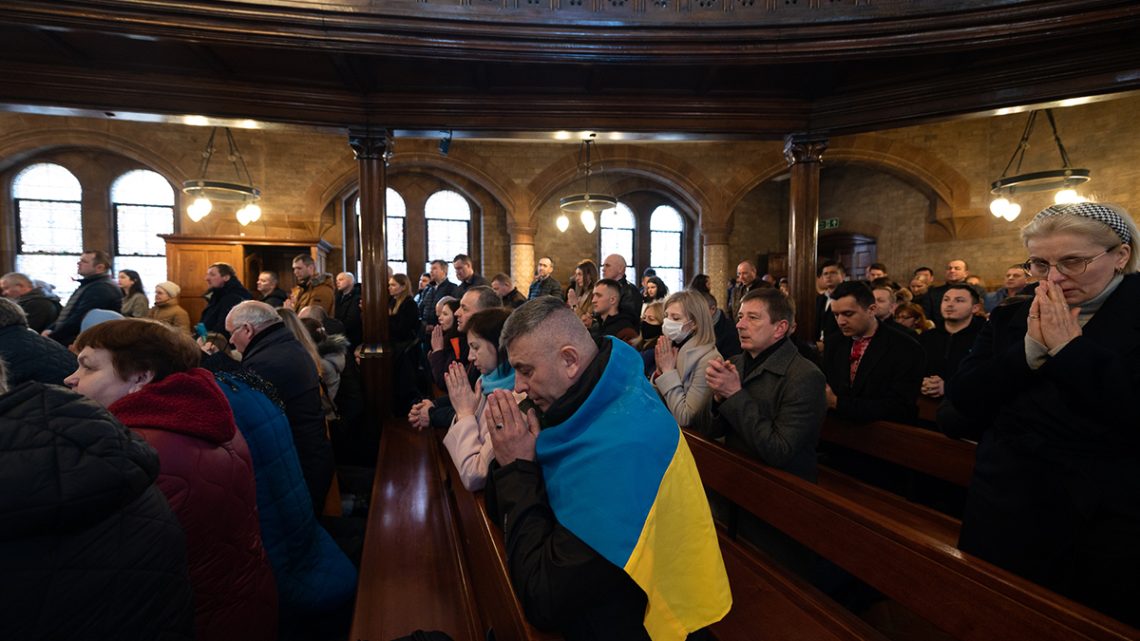 Addressing the Italian Parliament via video link on Tuesday 22 March, Ukrainian President, Volodymyr Zelensky referred to a telephone conversation he had with Pope Francis, whom he said, had very important words.

The conversation took place as the war, defined by the Pope on Sunday as “inhuman” and “sacrilegious” continues to escalate.

Zelensky, in video connection with the Italian Parliament, said his country was on the brink of surviving its war with Russia and repeated his appeal for more sanctions to be imposed on the Kremlin.

He opened his address saying that he had spoken, by telephone, to the Pope whom, he said, “Had some very important words.” As for himself, Zelensky said he spoke to the Pope about the resistance of the Ukrainian people “who became an army when it saw evil.”

Zelensky also offered news of the telephone call through his official Twitter account: “Talked to @Pontifex. Told His Holiness about the difficult humanitarian situation and the blocking of rescue corridors by Russian troops. The mediating role of the Holy See in ending human suffering would be appreciated. Thanked for the prayers for Ukraine and peace.”

Ukraine’s in pectore Ambassador to the Holy See, Andrii Yurash, had also tweeted news of the telephone conversation adding that the Pope assured the Ukrainian President that he is “praying” for Ukraine and is doing “everything possible to end the war.”

According to the Ambassador, Zelensky told the Pope “His Holiness is the most awaited guest in Ukraine.”

The invitation to Pope Francis to visit Kyiv, had already been expressed in a letter by the mayor of Kyiv, Vitalij Klyčko. A letter to which the Pope responded, (as confirmed by the director of the Holy See Press Office), reiterating his closeness “to the suffering of the city, its people, those who had to flee and those who are called to administer it”.

It is not the first time the Pope and Zelensky have had contact via telephone. On 26 February, two days after the Russian invasion and as news of escalating violence increased by the hour, Pope Francis expressed to the president “his deepest sorrow for the tragic events that are taking place in your country.”