The Encyclical Letter Fratelli tutti' is about love and attention – the kind of attention that brings a broken and bleeding world back to health. 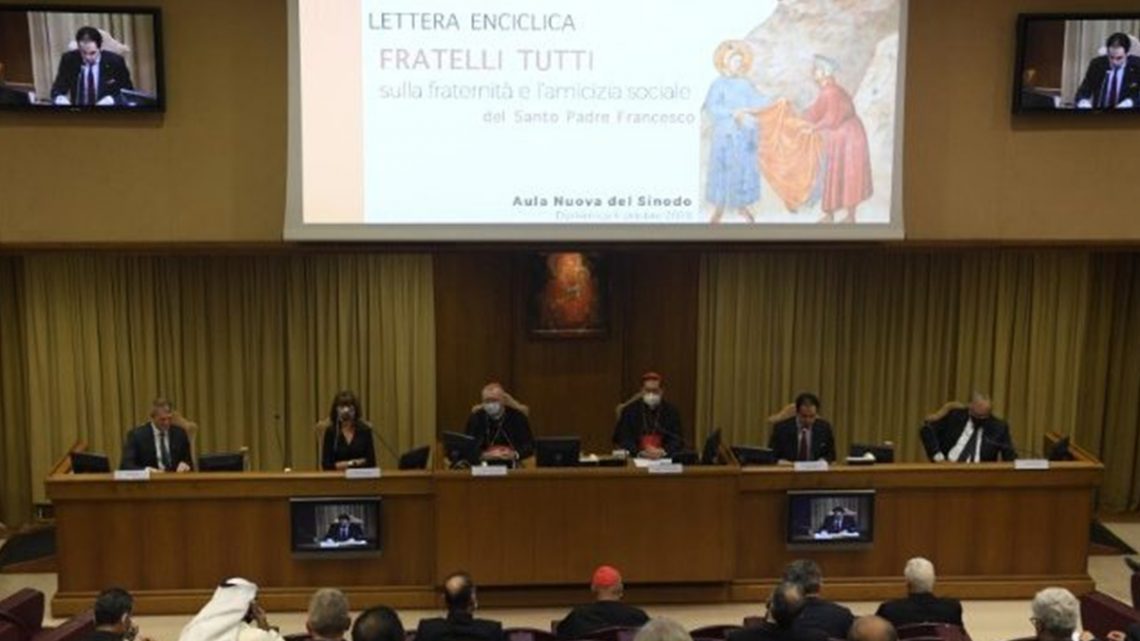 Here follows a few highlights from their interventions:

“Although I had accompanied the Pope and the Imam in the various stages of the journey of Human Fraternity over the last decade, when I read this Encyclical on Fraternity and Social Friendship, I identified a refined taste, an incisive sensibility and an ability to express the themes of human fraternity to the whole world. It is an appeal to concord to a world in discord, as well as a clear message in favour of both individual and collective harmony with the laws of the universe, the world and life. This notion relies on a clear reasoning that is rooted in the truth and is practicable in real life and in the real world.”

“Distinguished guests, as a young Muslim scholar of Shari’a (law), Islam and its sciences, I find myself – with much love and enthusiasm – in agreement with the Pope, and I share every word he has written in the Encyclical. I follow, with satisfaction and hope, all his proposals put forward in a spirit of concern for the rebirth of human fraternity.” – Judge Mohamed Mahmoud Abdel Salam

Fratelli tutti’ about ‘love and attention’

“The Encyclical Letter Fratelli tutti’ is about love and attention – the kind of attention that brings a broken and bleeding world back to health. It is a social meditation on the Good Samaritan, who recognises love and attention as the preeminent law, and models for us creative social friendship.”

“Pope Francis asks us to gaze at the world similarly, such that we come to see the basic, indispensable relation of all things and people, near and far. In its simplicity of call, Fratelli tutti’ is a devastating challenge to our ecological, political, economic and social life. But above all it is a proclamation of an ineradicable, joyful truth, presented here as a well-spring for a fatigued world.”

“The naming of God as our kin, and ourselves as kin and kind in this image, is love-language. There are other ways of naming God. But the message Pope Francis wishes us to hear for this moment is that we are made fully human by what draws us beyond ourselves. What makes this possible is a divine love, open to all, that births, bonds, bridges and endlessly renews. This love cannot be erased or disposed of, and it is the basis of Pope Francis’s call to us with St Francis’s words of loving attention: Fratelli tutti’… – Professor Anna Rowlands

“The Encyclical shows us that we are all guardians of peace. Institutions have the task to reawaken the ‘architecture of peace’. However, we, normal people, cannot remain on the sidelines. The art of peace is everybody’s task: we must engage every day in daring and creative rebellion against war. If many can make war, all can be artisans of peace.”

“Hence the role of religions. The Pope refers to the dialogue among religions and the encounter with Imam Al-Tayyeb, when they stated: ‘Religions must never incite war …’. If they do, they abuse and abandon their true role.”

“As I read Fratelli tutti’, I see not only a condemnation of war, but also the hope that peace is possible. I remembered the invitation of John Paul II when he said together with other religious leaders in Assisi, on a glorious day back in 1986: ‘Peace awaits its prophets… its builders… peace is a workshop, open to all and not just to specialists, savants and strategists… it comes about in a thousand little acts in daily life.’ The artisans of peace are men and women of fraternity.”

“Pope Francis proposes true dreams to the global world that has switched off the beacons of the great values and ideals. I recall just one, not the least one of them but the one everything else depends upon: peace.” – Professor Andrea Riccardi

At the service of fraternity

“I want to thank Pope Francis publicly, in the name of the Pontifical Council for Interreligious Dialogue over which I preside, for the impetus he has given to interreligious dialogue since the very beginning of his pontificate.”

“I cannot read the Encyclical without emotion, especially chapter eight, “Religions at the Service of Fraternity in Our World.” I have collaborated with Pope Francis since the beginning of his pontificate, that is, for almost eight years now. I can attest to how much work has been done, even amid undeniable difficulties, including the most recent one, the pandemic caused by COVID-19.”

Interreligious dialogue is truly at the heart of the reflections and actions of Pope Francis. In fact, as Fratelli tutti’ states, ‘The effort to seek God with a sincere heart, provided it is never sullied by ideological or self-serving aims, helps us recognize one another as travelling companions, truly brothers and sisters’ (FT 274).”

“In seeing respect and friendship as two fundamental attitudes, Pope Francis has opened another door, so that the oxygen of fraternity can enter into the dialogue between persons of different religious traditions, between believers and non-believers, and among all persons of good will.”

“Let us again give thanks to Pope Francis because Fratelli tutti makes us all feel closer to the love of Christ and the Church, and it encourages us to place ourselves, all together, at the service of the fraternity of this world” – Cardinal Miguel Ayuso 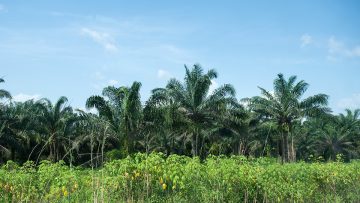 Encyclical: World must work together to rebuild from pandemic

CAFOD describes Fratelli tutti' as "a radical blueprint for a post-coronavirus world." 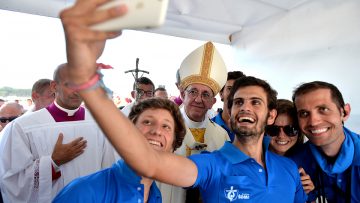 Fraternity and social friendship are the ways the Pontiff indicates to build a better, more just and peaceful world 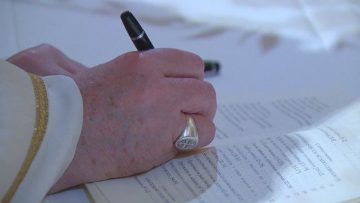 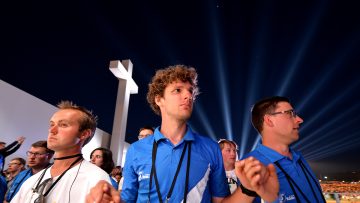