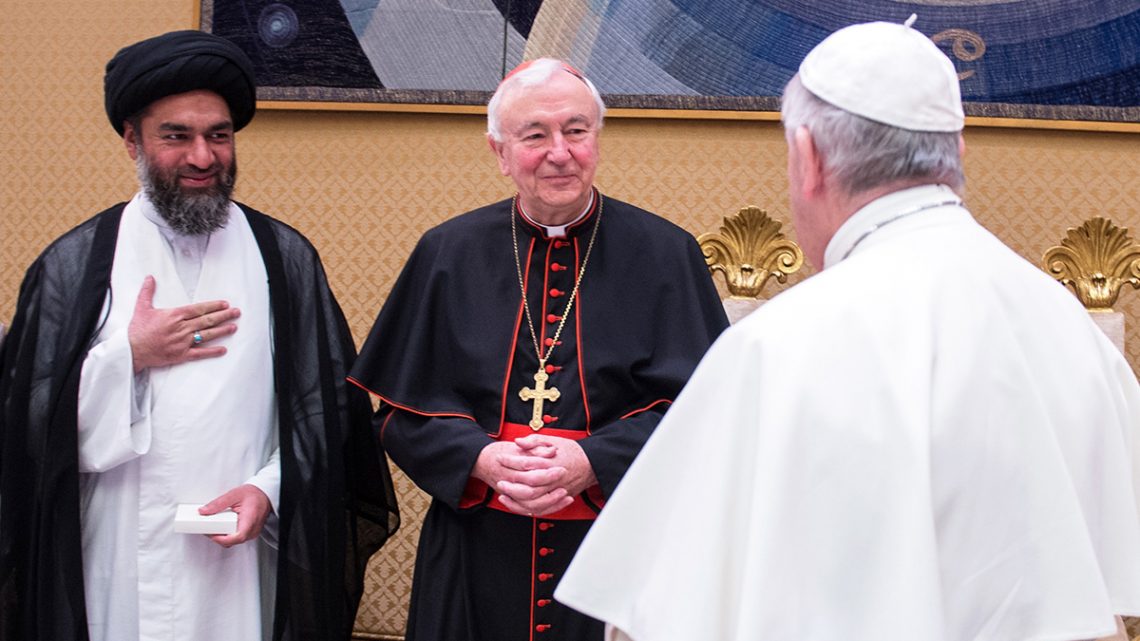 CBCEW » International » Countries » Iraq » » The importance of the Pope’s meet...

Cardinal Nichols and Maulana Syed Ali Raza Rizvi explain the importance of the Pope’s meeting with the leader of the Shia community in Najaf, Iraq

On Saturday 6 March, Pope Francis will meet Ayatollah al-Sistani in the city of Najaf. Their meeting will remain unseen. Their voices will not be heard. But this meeting is hugely historic and its impact immense.

Ayatollah al-Sistani is the most important, revered and followed Ayatollah in the Shi’a world. Now ninety years of age, he has exercised this leading role since becoming the successor of Ayatollah al-Khoei in 1992. He does so through his teaching and his jurisprudence, which guides every aspect of Shi’a living. He has done so throughout political upheaval, revolution, warfare and rebuilding. In this he has become a leading figure not only in the life of Iraq but also for the entire Shi’a community. With roughly 350 million followers across the world, ranging across the Middle East, from the Indian Subcontinent to Europe and North America, he is, in his person, the ‘grounding’ of the world-wide Shi’a community.

As a direct descendant from the Prophet himself, the meeting of Ayatollah al-Sistani with Pope Francis, the revered Bishop of Rome, leader of the Catholic Church and the most readily recognised Christian figure in the world, is a unique moment, something that has never before happened in the last 1200 years history of Christian – Muslim relations. A simple photograph of the meeting of these two revered figures will mark a new step in the religious history of humanity. The sheer impact of this moment will reverberate around the world.

It will add immense strength to all who wish to promote the true moderate voice of religion. It will encourage those who want to develop the fundamental unity of all people and the vital role of dialogue in the affairs of human progress. Their encounter will give support to the Christian minority in Iraq, indeed to religious minorities everywhere and to those who further the cause of religious tolerance and respect for the dignity of every person.  The meeting will mark a new step in relations between the Holy See and Najaf, two of the most important religious centres in the world, between the Catholic Church and the Shi’a community, complementing  the recent joint pledge of fraternity signed by the Sunni Grand Imams of al-Azhar and Pope Francis in February 2019.

The image of Ayatollah al-Sistani and Pope Francis standing together will be a powerful deterrent to all who seek to claim religious support and motivation for acts of terrorism. Their solidarity is instead a vital witness for peace and mutual respect.

This meeting, then, is of immediate relevance to Britain as well, not only for the way it reinforces inter-religious dialogue and practical co-operation, but also for the growing appreciation of the positive and constructive role played by religious communities in the life of our society. This moment can also add strength to the constant battle against violence in all its forms across British Society, especially whenever terrorists claim the support of either of these two great religions.

Clearly, seen through the perspective of this historic meeting, the impact of religious belief does not leave untouched  the political challenges facing the world. There is a deep connection in the lives of many people in the world between their religious beliefs and the task of building a social order that works for peace and mutual cooperation. Facing this reality, rather than claiming that there is a division between religious belief and shared public life, makes the importance of this meeting much greater, for it will issue a call, in image more powerful than words, to a new era of cooperation which can make allies of those who have  previously been at odds.

This is an encounter worthy of our attention and of our prayers.

Cardinal Nichols, President of the Bishops’ Conference, is Archbishop of Westminster and Maulana Syed Ali Raza Rizvi is a prominent Islamic scholar and president of Majlis e Ulama e Shia (Europe). They have worked together to promote religious dialogue within the UK, based on mutual respect, tolerance and understanding. As part of that co-operation they met with Pope Francis in 2017.