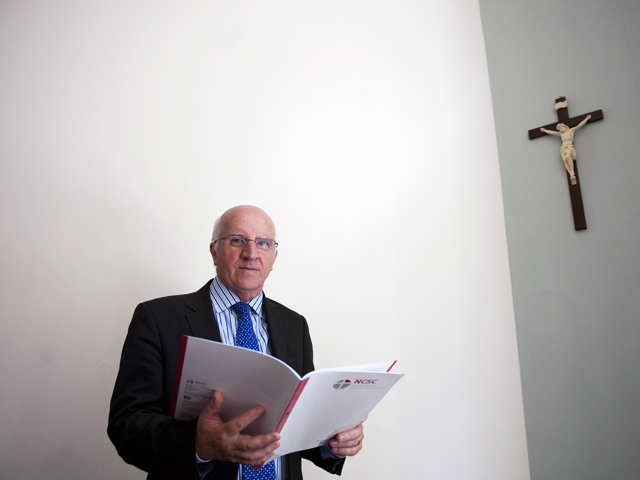 The National Catholic Safeguarding Commission has today 24 July 2014 published its sixth annual report, which charts a year that has seen significant change for the commission.

One year on from the implementation of a One Church approach with Religious Congregations aligning themselves with Dioceses, there has been progress. This approach reflects the importance of consistency across the Church, especially in supporting those who may come forward presenting allegations of abuse or seeking advice and support.

A pilot project in the Diocese of Hallam continues to help shape the national direction to develop a coordinated response to those impacted by abuse and is an example of best practice for others to follow.

In 2013 the NCSC commissioned Dr Stephen Bullivant of St Mary’s University to undertake an analysis and evaluation of the past 10 years of data collected and reported. This analysis helps the NCSC to understand where best to focus its efforts to ensure the Catholic Church in England and Wales continues to strive towards a culture of safeguarding.

Also the NCSC commissioned audits across all 22 Dioceses, which were undertaken over the last three years by the Catholic Safeguarding Advisory Service and completed in 2013. This has provided a further opportunity to guide the understanding and inform future strategy for safeguarding in the Church.

A third area being monitored throughout 2013 and continuing into 2014 and updated in the annual report is the implementation of proposed improvements submitted to the Congregation of the Doctrine of the Faith in Rome in 2012. This followed the Vatican’s request for all Bishops Conferences to submit guidelines for dealing with cases of abuse of minors perpetrated by clergy.

More widely the announcement of a Vatican Commission on safeguarding is important and will in the future be judged on its actions. A survivor briefing on the work of the Commission alongside that of the Cardinal members is a sign of hope.

Amongst the changes to the NCSC are to the structure of the organisation, with three new lay members, three new members from the Religious Congregations and two new Bishop members.

Looking ahead, the Catholic Safeguarding Advisory Service will move location by February 2015 and in moving to Eccleston Square will be at the heart of the work of the Bishops’ Conference.

“This report highlights in full the work of the Commission and this announcement is just a snapshot of some of that work and findings over the last year. We are moving towards a much more consistent and sensitive approach in response to the victims and survivors of abuse and we are very encouraged by the work to date of our pilot in the Diocese of Hallam.”

A copy of the annual report can be downloaded below or in the top right hand corner of this page.

Established in 2008 the NCSC sets the strategic direction of the Church’s safeguarding policy for children and vulnerable adults. It also monitors and audits the compliance of the Church with safeguarding procedures. The NCSC has sixteen members who bring together a wide range of knowledge, skill and expertise in safeguarding matters, and in state and canon law.

For further information or to arrange an interview contact: