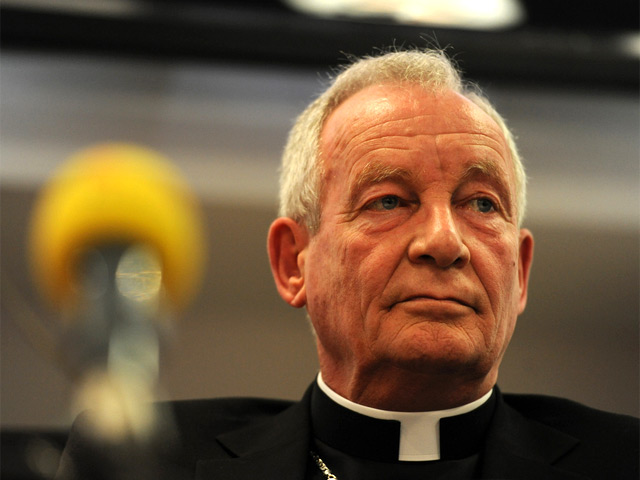 A coalition of ten prominent faith leaders has written to the Secretary of State for Justice, to warn that the government’s Legal Aid, Sentencing and Punishment of Offenders Bill will harm vast numbers of domestic abuse victims in “dire need” of support.

The letter, signed by the Roman Catholic Archbishop of Southwark, the Anglican Bishop of Leicester and the Chief Executive of the Jewish Board of Deputies among others, states that the Bill will prevent many people experiencing domestic abuse from accessing legal aid that may be essential for obtaining injunctions against abusive partners or securing the custody of children.

Recognising domestic abuse as “one of the greatest ills in our society” the faith leaders state that government proposals due to be debated in the House of Lords this week risk undermining the progress made by successive governments in tackling domestic abuse.

The intervention follows recent research by leading domestic abuse charities, indicating that 46% of victims will no longer be able to access legal aid under proposed restrictions on the type of evidence accepted in order to qualify for support. The fact that someone has made use of a charitable service including a women’s refuge will no longer be accepted as evidence, police attendance at a domestic violence incident and medical records will also be deemed insufficient.
The figure of those who will be ineligible for support rises to 54% when also taking into account the proposed 12 month limitation on the validity of evidence. The letter states that this could leave victims “without access to support, even when they may still be at risk of further abuse.”

“We represented a wife in divorce and financial proceedings. She had been the subject of violent and abusive behaviour from her husband for many years and had moved out of the family home to return to her parents. The husband remained in the jointly owned family home, running his business and during the case he even moved his girlfriend into the house. Legal aid was essential in the negotiation of the husband buying out our client’s share of the property. Under the proposed change this client would not have been able to obtain legal aid… she would have been alone in representing herself at court, facing the perpetrator of the violence.”

CSAN’s Chief Executive Helen O’Brien said: “Civil legal aid frequently plays a fundamental role in protecting victims of domestic abuse and ultimately allowing them to break away from the horrific circumstances that they face. We regard the new restrictions as unjustifiable and believe that the Bill should be amended in order to protect some of the most vulnerable people in our society.”

The Legal Aid, Sentencing and Punishment of Offenders Bill reaches Report Stage in the House of Lords on Monday 5 March.

Debate on domestic violence provisions is likely to be reached Monday 5 March or Wednesday 7 March.