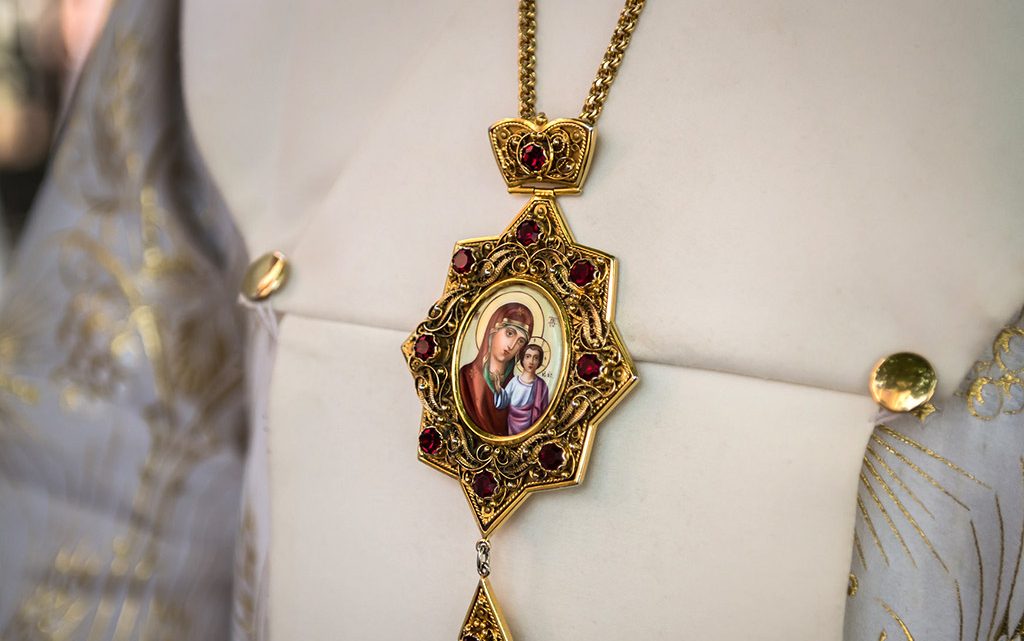 “The letter of the Primate of the Ukrainian Greek Catholic Church is a heartfelt appeal for prayer and support for the Ukrainian people of all faiths in this most dangerous and volatile situation, as well as a plea to be wary of many forms of misinformation coming not only from government sources (the media), but – regretfully – even from the Russian Orthodox Church.”

For nine months Ukrainians, have been on an arduous pilgrimage from post-Soviet fear to freedom and God-given dignity. Traumatized by twentieth century World Wars, brown and red totalitarianism and genocide, they seek a just society and a democratic, European future. With patience, endurance, and great human sacrifice they overcame in February the brutal regime of Viktor Yanukovych. This moral triumph was answered in March by Russia’s territorial annexation of Crimea. Now, for months the country endures foreign supported destabilization, separatism, and terrorist activity in the Donetsk and Luhansk Regions, in one word: war. Tragically, as became manifest in the criminal shootdown of Malasian Airlines Flight 17, the Ukrainian trial affects the global community.

All of the Churches and religious organizations of Ukraine stood together against the violence of the Yanukovych regime, the annexation of Crimea, and the division of the country. On the Maydan-Square for months, every day, and hourly in the night, in common prayer they insisted on respect of civil rights, non-violence, unity of the country, and dialogue. This civic ecumenical and inter-religious harmony and cooperation has been an important source of moral inspiration and social cohesion in Ukraine.

In annexed Crimea and in the Eastern war zone some of the Churches and religious communities have been targeted for discrimination, enduring outright violence. In Crimea the most exposed have been the Muslim Tatars. The Tatar community as a whole is in daily danger. Some of its leadership has been exiled, barred from their homeland. The existence of Greek and Roman Catholics ministries, Orthodox parishes of the Kyivan Patriarchate, and the Jewish community in Crimea has been variously menaced.

In April violence was instigated in eastern Ukraine. According to Ukrainian authorities some 1000 people, including international journalist and peace monitors, were kidnapped or detained; dozens were tortured or killed. The anti-terror operation launched by the Ukrainian government faces a foreign aggression that co-opts local rebels and local and international criminal delinquents. As a result today there are over thousand civilian casualties in the densely populated cities, with the number rising by 50 deaths or more daily, not to mention the 298 victims of MA Flight 17. The infrastructure of the cities including roads and bridges, electric substations, coal mines, and industrial installations are being destroyed to cripple the economy and future reconstruction that will become the responsibility of the Ukrainian state. Hundreds of thousands of people have been forced to flee the warfare that has been brought into the heart of the cities by the so-called separatists.

Amidst the horrors of war the tiny Ukrainian Greek and Roman Catholic minority experience oppression on the territories controlled by the “separatists.” Three Catholic priests were kidnapped: Pawel Witek and Wiktor Wąsowicz(Roman Catholic), Tykhon Kulbaka (Greek Catholic). The later was kept in captivity for 10 days and deprived of medicine he needed. The episcopal residence of the Greek Catholic bishop in Donetsk was robbed and sealed, depriving him of his chancery and all documentation. The Cathedral yard was hit by “separatist” rocket fire damaging the building and windows with shrapnel. The bishop and almost all Greek Catholic priests were forced to leave the environs of Donetsk. Armed representatives of separatist regime entered the church and desecrated the sanctuary. They “allowed” priests to stay and conduct services but put them on travel restrictions. Terrorists blackmail the clergy by threatening to harm their parishioners.

Most recently, on Saturday, August 16, the small monastery of the Sisters Servants of Mary Immaculate in Donetsk was seized and violated. The sisters who generously and humbly served the community and who were on a summer retreat or at summer camps for children outside of Donetsk cannot now return to their home now being used by the “separatists.”

Protestants are targeted by pro-Russian terrorist groups and have suffered the gravest violence: two sons of the pastor of the Evangelical Church “Metamorphosis” Alexander Pavlenko and two deacons of that church, Victor Brodarsky and Vladimir Velichko were taken from a church service, tortured, and killed by the terrorists. Their bodies were exhumed from amass grave in Sloviansk.

Unfortunately, the beleaguered Ukrainian Catholics, Greek and Roman, faithful of the Ukrainian Orthodox Church of the Kyivan Patriarchate and Protestants in the east of Ukraine are further endangered by the rhetoric of the Orthodox leadership in Russia, which is becoming increasingly similar to the propaganda of Russian political authorities and media.

In recent documents issued in Moscow at the highest level of the Russian Orthodox Church, particularly in a letter to the Primates of the Orthodox Churches, Greek Catholics and the Ukrainian Orthodox of the Kyivan Patriarchate, disrespectfully called “Uniates” and “schismatics”, are defamed. They are held responsible for the military conflict in Eastern Ukraine and are accused of generating the warfare, especially the violence against Orthodox clergy and faithful endured as a result of military operations. Russian Orthodox leaders spread libelous information about Greek Catholics and other confessions thereby putting them in danger from the separatist militants who identify themselves as warriors for Russian Orthodoxy.

We strongly reject these claims and accusations. The Ukrainian military is not structured as a denominational entity. Therefore, chaplains of various denominations serve in the zone of the Antiterrorist Operation. Chaplains are not permitted to interfere in the life of local religious communities. Accusations that chaplains of the Ukrainian Greek Catholic Church have committed acts of violence against members of other churches and religious groups are not true.

The tragedy that Ukraine is experiencing today, due to military aggression, is a tragedy for all peoples, believers of all faiths, and all social groups. Buildings, churches and monasteries of all religious and ethnic groups are being damaged or destroyed. Clergy of all faiths who exercise their pastoral ministry in the Donetsk and Luhansk oblasts and Crimea have suffered, some risking their own lives. Two Orthodox priests who were killed in the region are among more than a thousand civilians killed during the conflict and their terrible deaths are not connected with their religious beliefs. They were accidental victims of shelling.

We pray for all the innocent victims and for peace in Ukraine. And our Church is doing everything to bring peace and alleviate the suffering of those affected by this terrible conflict.

Ukraine needs the effective support of the global Christian community and support of all people of good will. In a media context rife with propaganda we ask you to evaluate information critically. We need your prayer, your discernment, your good words and effective deeds. Silence and inaction will lead to further tragedy. The fate of MA Flight 17 is an example of what may happen if the terrorist activity is allowed to continue.