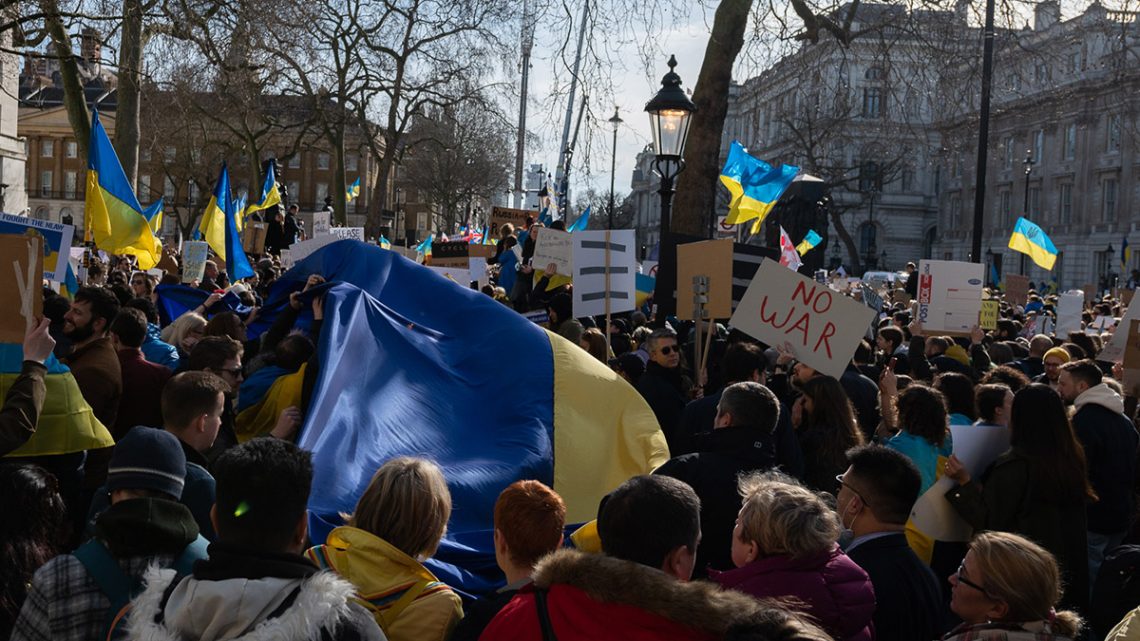 The Catholic Church’s primary humanitarian aid organisation is asking for an immediate opening of humanitarian corridors from Ukraine to allow for the safe passage of thousands of vulnerable people fleeing war.

Caritas Internationalis has joined Pope Francis’ appeal for the opening of humanitarian corridors to give war-struck Ukrainians the possibility of fleeing violence in safety.

Speaking on Sunday, the Pope called for the silencing of arms and said he thinks of Ukrainians caught in the fighting:

“They are brothers and sisters for whom it is urgent to open humanitarian corridors and who must be welcomed, with an aching heart, for what is happening in Ukraine.”

The Caritas appeal was launched on Monday during a video conference that saw the participation of Caritas Internationalis Secretary General, Aloysius John, together with representatives of Caritas Ukraine and Poland, and the President of Caritas Europa.

In his opening address, John said “last week the life of Ukrainians became a nightmare,” with men, women, and children forced to flee the country, leaving everything behind, and he reiterated Caritas’s mission to remain on the front lines. Solidarity, he said, “is an act of hope.”

Caritas Ukraine director, Tatiana Stawnychy, said her staff is present across the nation and in many cities that are currently under attack, including the capital Kyiv where Father Sviatoslav – of Caritas Spes – is coordinating relief efforts for the thousands of residents stuck in their homes with no food, or sheltering in the subway.

In Kyiv, Fr Sviatoslav said, shops are empty and people are allowed to go out in search of basic necessities only for a few hours during the day.

“The roads are full of destruction,” buildings and vehicles have been bombed or set alight. Some people, he added, have found shelter in churches where religious communities are doing their best to offer protection, especially to mothers and children.

“We are trying to offer special support services in five cities for women who are pregnant or have just given birth. We are in contact with other partners for the evacuation of the children,” but he said, as long as the bombs are falling it is difficult and dangerous to take action.

They highlighted however the multitude of relief actions being carried out that are reaching some 13,000 people in different parts of the country, especially in critical areas such as Kramatorsk, Rubizhne, Zaporizhya, Volnovakha, Mariupol, Kharkiv, Dnipro, Kyiv, Zhytomyr, Odesa, Ivano-Frankivk.

Thousands of internally displaced persons who are now desperately searching for a safe shelter, both in western Ukraine and abroad, are also being assisted by Caritas in Ukraine.

The war-wounded hearts will never be healed

Both Fr Sviatoslav and Fr Stawnychy expressed their heartfelt concern for the long-term psychological effects the violence will have, especially on the children.

“War makes both adults and children cry,” Fr Sviatoslav said. “We learned this when hiding in the basements during the airstrikes. The war-wounded hearts will never be healed. Aside from material losses that can be rebuilt over time, the pain and fear that people have experienced will take very long to recover.”

This concern was echoed by Stawnychy who pointed out that when this ends, everything will not go back to normal.

“This is a huge trauma, for all people. And especially, I see a lot of parents struggling how to shepherd their children through this, and this running up and down to the basements whenever the air-raid sirens go off,” she said, highlighting the human aspect that can’t just be rebuilt or restored like infrastructure or buildings.

But, she concluded, “I can’t emphasise enough the expressions of solidarity that we see at every corner inside the country: it’s very inspiring.”

The world must not forget Ukraine

In his appeal, the President of Caritas Europa noted that Europe has shown great solidarity with Ukraine, but it is necessary also to support the neighbouring countries. “Europe and the world must not forget Ukraine,” he said, upholding the Caritas campaign launched last week. And, Monsignor Michael Landau continued: “We have to prepare to welcome people forced to seek refuge in the EU without discrimination.

“Donations are welcome and every Euro can save lives. We need European Solidarity, and we need it now.”