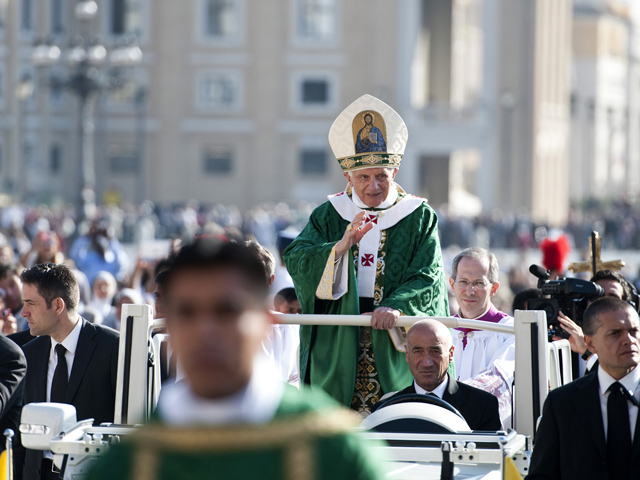 When the Holy See released Pope Benedict’s official Lenten message back in October 2012, few, perhaps with the exception of the Holy Father himself, had the slightest inkling it would be the final Lenten reflection of his pontificate.

March forward to Ash Wednesday 2013 and the world continues to react with shock to the news that Pope Benedict will resign his office effective 28 February 2013 at 8pm.

As we begin Lent, it is all the more fitting to reflect on the Holy Father’s words as Catholics the world over pray for both the Pope and the Church.

Pope Benedict’s message for Lent meditates on the relationship between faith and charity and the intrinsic link between the two virtues:

“It is clear that we can never separate, let alone oppose, faith and charity. These two theological virtues are intimately linked, and it is misleading to posit a contrast or ‘dialectic’ between them. On the one hand, it would be too one-sided to place a strong emphasis on the priority and decisiveness of faith and to undervalue and almost despise concrete works of charity, reducing them to a vague humanitarianism. On the other hand, though, it is equally unhelpful to overstate the primacy of charity and the activity it generates, as if works could take the place of faith. For a healthy spiritual life, it is necessary to avoid both fideism and moral activism.”

You can download the final Lenten message of Pope Benedict XVI’s pontificate by clicking on the link in the top right-hand corner of this article.

Deus Caritas Est – God is Love
Pope Benedict’s first Encyclical Letter on the place of love in the Church focusing on eros (sexual love), agape (God’s love for humankind) and logos (the Word) – all in the context of Christ and His sacrifice for us.