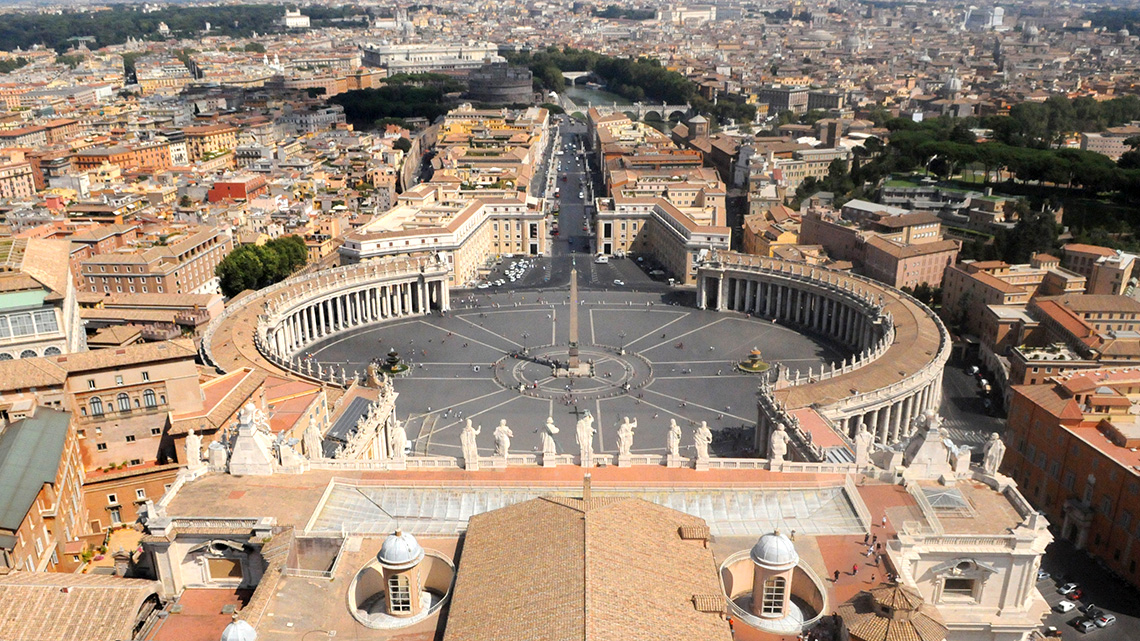 Pope Francis has released the long-awaited Apostolic Constitution that focuses on the reform of the Roman Curia — Praedicate Evangelium.

Translated as ‘Preach the Gospel’, the Constitution marks the outcome of a lengthy listening process that began with the General Congregations that preceded the Conclave of 2013.

The new Constitution replaces ‘Pastor bonus’, which Pope St John Paul II promulgated on 28 June 1988. It has been in force since 1 March 1989 and consists of 250 articles.

This new Apostolic Constitution will come into force on 5 June 2022, the Solemnity of Pentecost.

The new Constitution calls for a path of reform that has already been almost entirely implemented through the mergers and adjustments that have taken place and have led to the creation of new dicasteries.

The text emphasises that “the Roman Curia is composed of the Secretariat of State, the Dicasteries and the Offices, all of which are legally equal.”

The two heads of these offices both become pro-prefects, because the Pope himself will preside over this new department.

Charity toward the poor and marginalised

The Dicastery for the Service of Charity, represented by the Office of Papal Charities, is then established, which thus assumes a more significant role in the Curia.

“The Dicastery for the Service of Charity, also called the Apostolic Elemosineria, is a unique expression of mercy and, beginning with the option for the poor, the vulnerable and the marginalized, carries out around the world the work of assistance and help to them in the name of the Roman Pontiff, who in cases of particular privation or other necessity, personally arranges for the aid to be given.”

The Apostolic Constitution begins by presenting in the following order: the Dicasteries for Evangelization, the Doctrine of the Faith, and the Service of Charity.

Another unification concerns the Commission for the Protection of Minors, which becomes part of the Dicastery for the Doctrine of the Faith, continuing to operate with its own norms and having its own president and secretary.

A fundamental part of the document is that which regards general principles. The preamble recalls that every Christian is a missionary disciple.

Fundamental among the general principles is the designation that everyone – including the lay faithful – can be appointed to roles of government in the Roman Curia by virtue of the vicarious power of the Successor of Peter.

“Every Christian, by virtue of Baptism, is a missionary disciple to the extent that he or she has encountered the love of God in Christ Jesus. One cannot fail to take this into account in the updating of the Curia, whose reform, therefore, must provide for the involvement of laymen and women, even in roles of government and responsibility.”

At service of Pope and local Churches

The Constitution also underscores that the Curia is an instrument at the service of the Bishop of Rome also for the benefit of the universal Church and therefore of the episcopates and local Churches.

“The Roman Curia does not place itself between the Pope and the Bishops; rather, it places itself at the service of both in ways that are proper to the nature of each.” Another significant point concerns spirituality: the members of the Roman Curia are also ‘missionary disciples.’

Synodality in particular is highlighted as an ordinary way of working for the Roman Curia, a path already in place, and to be developed more and more.

Term limit for clerics and religious

Other aspects contained in the document include emphasizing the definition of the Secretariat of State as ‘papal secretariat’, the transfer of the Curia Personnel Office to the Secretariat for the Economy (SPE), and the indication that the Administration of the Patrimony of the Apostolic See (APSA) must carry out its work through the instrumental activity of the Institute for the Works of Religion.

The Constitution also establishes that for clerics and religious serving in the Roman Curia, the mandate is for five years and may be renewed for a second five-year term, at the end of which they return to their dioceses and communities of origin.

“As a rule, after five years, clerical Officials and members of Institutes of Consecrated Life and Societies of Apostolic Life who have served in curial institutions and offices return to pastoral care in their diocese/parish, or in the Institutes or Societies to which they belong. Should the Superiors of the Roman Curia deem it opportune, the service may be extended for another period of five years.”

Praedicate Evangelium is available in Italian. We will provide an official English language translation when it is made available.