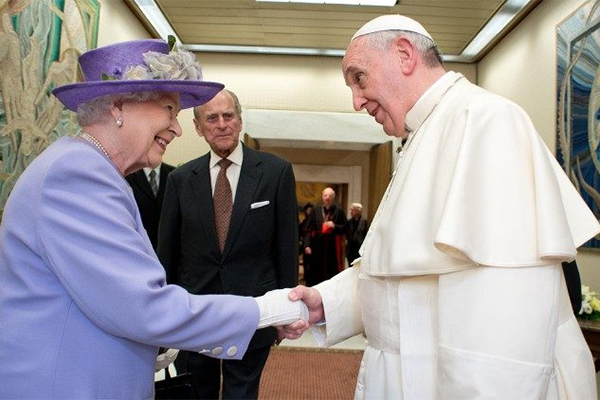 Vatican Secretary of State Cardinal Pietro Parolin has sent a telegram on the Pope’s behalf to Queen Elizabeth II, recalling her husband’s “record of public service”.

“Saddened to learn of the death of your husband Prince Philip, Duke of Edinburgh, His Holiness Pope Francis offers heartfelt condolences to Your Majesty and the members of the royal family,” Vatican Secretary of State, Cardinal Pietro Parolin wrote in a telegram addressed to Queen Elizabeth. “Recalling Prince Philip’s devotion to his marriage and family, his distinguished record of public service and his commitment to the education and advancement of future generations, His Holiness commends him to the merciful love of Christ our redeemer,” the Cardinal wrote.  “Upon you and upon all who grieve his loss in the sure hope of the resurrection, the Holy Father invokes the Lord’s blessings of consolation and peace,” he concluded.

Prince Philip died on Friday at the age of 99.  He spent a month in hospital earlier this year before being released on March 16 to return to the royal residence of Windsor Castle, where he passed away. Born into the Greek and Danish royal families, Prince Philip married Princess Elizabeth in 1947. She was crowned the British Queen in 1953. Prince Philip was the longest-serving consort in British history. He retired from public engagements in 2017 after carrying out more than 20,000 of them.

Philip was born on the Greek island of Corfu in 1921. He was an avid sportsman who loved country pursuits. He has four children, eight grandchildren and nine great-grandchildren.

The popes and the queen

The 94-year-old queen has had warm relations with the popes for some 60 years.  She first visited the Vatican as princess during the pontificate of Pope Pius XII, a year before her accession to the throne.  Her first visit as queen to the Vatican was on 5 May 1961, when she and Prince Philip were received privately by Pope John XXIII.

Queen Elizabeth made history on 17 October 1980, when she became the first British monarch to make a state visit to the Vatican.  During her meeting with Pope John Paul II, now a saint, she welcomed the Pope’s plans to visit Great Britain. The two met again on May 28, 1982 at Buckingham Palace in England. The visit was the first by a pope on English soil.  Queen Elizabeth met the pope for the third time in the Vatican on October 17, 2000.

Pope Benedict XVI visited Great Britain in 16 September 2010, during which he met the queen in Edinburgh, Scotland. Queen Elizabeth and Prince Philip met Pope Francis in the Vatican on 3 April 2014, during a state visit to Italy.

However, other members of the British royal family have visited the Vatican on various occasions.