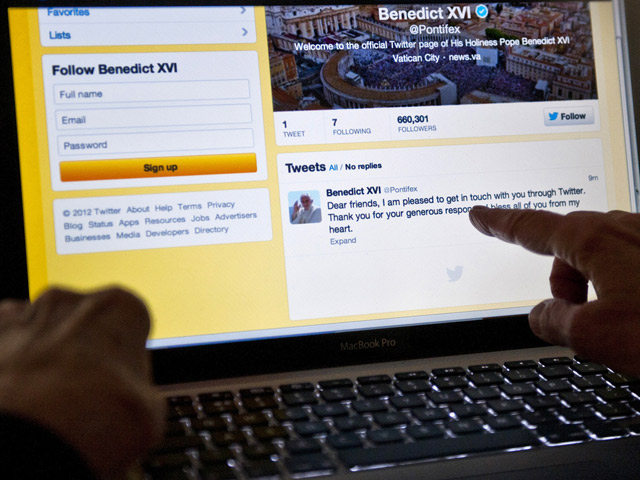 Pope Benedict XVI has sent his first tweet into the twittersphere announcing his pleasure at communicating on the social micro-blogging platform.

After his weekly Audience on Wednesday 12 December, the Holy Father – using his new account @Pontifex – thanked the global community on Twitter for their “generous response” and offered a blessing “from my heart.”

As he sent his first tweet, the Holy Father had amassed just under 700,000 followers. As soon as he tweeted around 2,000 tweets-a-minute mentioned #pontifex.

Appropriately, the theme for next year’s World Communications Day is Social Networks: portals of truth and faith; new spaces for evangelization. With today’s historic tweet, Pope Benedict demonstrates his willingness to be present across social networks and to lead by example.

In announcing the theme, the Holy See’s Pontifical Council for Social Communications called for fresh thinking to create a more ‘dynamic and humane’ digital world saying: “we need to be attentive to the emergence and enormous popularity of the social networks, which privilege dialogical and interactive forms of communication and relationships.”