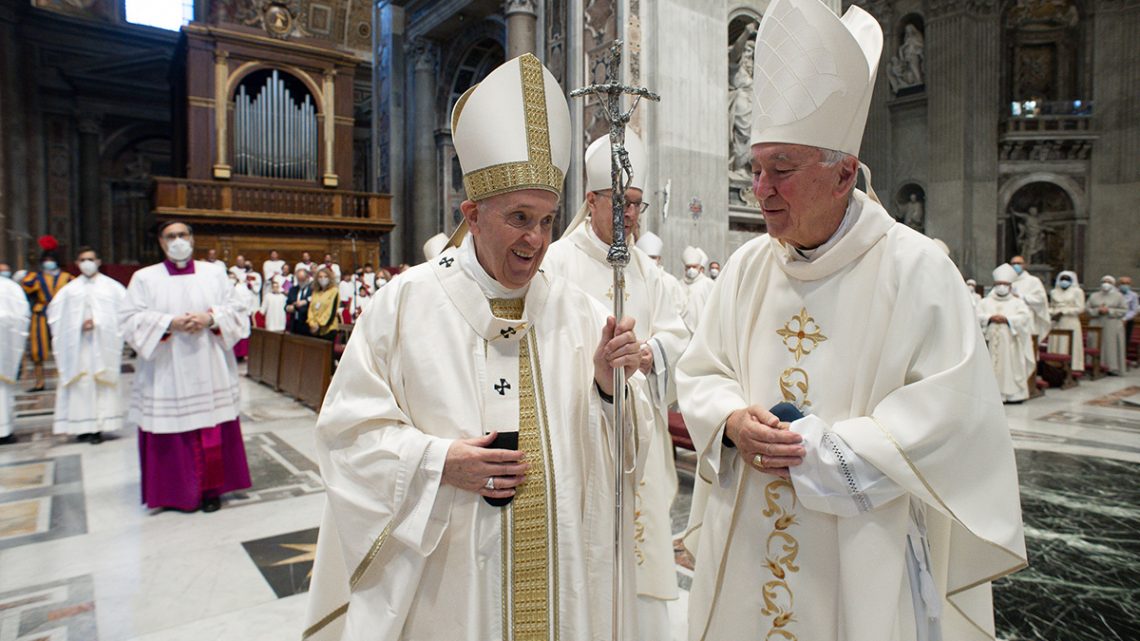 Pope Francis has celebrated Mass with the Council of Bishops’ Conferences of Europe (CCEE) and has encouraged bishops to reflect on three words as they celebrate their golden jubilee: reflect, rebuild and see.

In his homily at Mass with the Council of Bishops’ Conferences of Europe on Thursday 23 September, Pope Francis reflected on “three words that challenge us as Christians and Bishops in Europe: reflect, rebuild and see.”

Bishops from across Europe are in Rome to celebrate the 50th anniversary of the CCEE with a plenary conference on 23-26 September 2021.

CCEE’s Vice President is Cardinal Vincent Nichols, Archbishop of Westminster who is also President of the Catholic Bishops’ Conference of England and Wales. His Eminence’s five-year term comes to an end in 2021.

God, speaking through the Old Testament prophet Haggai, invites us to reflect on how we live our lives, said the Pope: Twice the prophet says to the people: “Reflect on your ways!” ( Hag 1:5.7).

The Pope noted that those words, ‘Reflect on your ways!’, are challenging because in Europe today, “we Christians can be tempted to remain comfortably ensconced in our structures, our homes and our churches, in the security provided by our traditions, content with a certain degree of consensus, while all around us churches are emptying and Jesus is increasingly forgotten”.

He asked the bishops and all those present to consider “how many people no longer hunger and thirst for God.”

This is not because they are evil, he continued, but because there is “no one to awaken in them a hunger for faith and to satisfy that thirst in the human heart”. Certainly, we are “preoccupied” by this, but are we really “occupied” with responding to it? asked the Pope.

There is no sense in judging those who do not believe, said the Pope. “Do we feel concern and compassion for those who have not had the joy of encountering Jesus or who have lost that joy?”

Through the prophet Haggai, the Lord asks his people to reflect on another thing, said the Pope, and this is charity. “Lack of charity causes unhappiness, because love alone satisfies the human heart,” said the Pope. “The solution to problems and self-absorption is always that of gratuitous gift. There is no other. This is something to reflect on.”

“Build my house”, God says through the prophet (Hag 1:8), and the people rebuild the Temple, said the Pope, introducing the second word: rebuilding.

In order to build the European common house, we must “leave behind short-term expedience and return to the farsighted vision of the founding fathers, a prophetic vision of the whole”, he said.

We must begin from the foundations, because that is where rebuilding starts: from the Church’s living tradition, which is based on “what is essential, the Good News, closeness and witness. We need to rebuild from her foundations the Church of every time and place, from worship of God and love of neighbour, and not from our own tastes.”

“All rebuilding takes place together, in unity, with others,” said the Pope. Rebuilding means becoming artisans of communion, weavers of unity at every level.

“If we rebuild in this way, we will enable our brothers and sisters to see,” said the Pope. This is the third word: See.

“So many people in Europe see the faith as déja vu, a relic of the past,” said the Pope. This is because they have not seen Jesus at work in their own lives, he explained. Often this is because we, by our lives, have not sufficiently shown Him to them.

“They will not recognize the One who loves each of His sheep, calls them by name, and bears them on His shoulders. They will not see the One whose incredible passion we preach: for it is a consuming passion, a passion for mankind,” said the Pope.

This divine, merciful and overpowering love, concluded the Pope “is itself the perennial newness of the Gospel and it demands of us, dear brothers, wise and bold decisions, made in the name of the mad love with which Christ has saved us.” 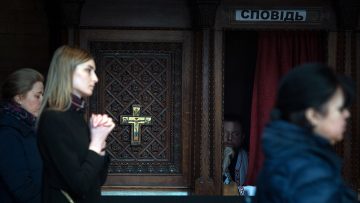 European bishops: In the name of God, stop the war in Ukraine