Paedophilia and Mafia in Pope’s Conversation with Italian Journalist 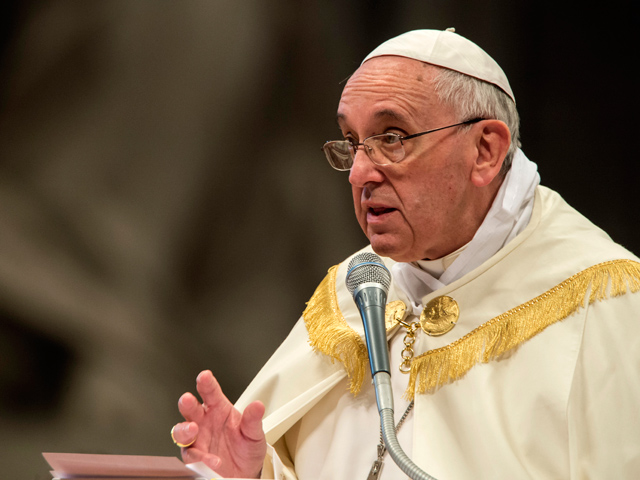 Vatican » » Paedophilia and Mafia in Pope’...

The UK media has picked up on an interview given by the Holy Father, Pope Francis, to the Italian daily paper ‘La Repubblica’ on a variety of subjects including paedophilia.

In the interest of clarity, here is an article from Vatican Radio responding to the interview.

It includes a note issued by Fr Federico Lombardi, Director of the Holy See’s Press Office.

In yet another conversation with former editor and founder of the Italian daily ‘La Repubblica’, Eugenio Scalfari, Pope Francis has touched upon a series of issues including pedophilia in the church, the mafia, the education of young people and knowledge.

In an article published on Sunday, 13 July, in ‘La Repubblica’, Scalfari points out that it is the third time he has been to Casa Santa Marta in the Vatican for an open-hearted conversation with the Pope.

Scalfari reports that Pope Francis is extremely sensitive to and preoccupied by the question of pedophilia in the Church. He says Francis revealed that, intending to reassure him, some point out that there is only a tiny percentage – 2% – of priests affected by pedophilia in the Church, but Francis considers even this figure extremely serious and unacceptable. And regarding this same issue, the Pope forcefully condemns those who, within the Church are silent or perhaps mete out punishment without publically denouncing the crime. And he reaffirms his intention to continue tackling without compromise what he calls “the leprosy of pedophilia”.

Another theme with which the Pope is very concerned – Scalfari says – is the problem of the mafia which he will continue to denounce constantly. And he expressed his desire to get to know better the way the mafia thinks and the way “Mafiosi” profess to practice their religion.

The Pope also had much to say regarding education and expressed his sadness for the fact that in today’s society it appears it doesn’t seem to be the main responsibility of parents any more. Often, he says, parents seem to be too preoccupied with other issues and duties, something he points to as a serious omission saying that to educate a child means to lovingly accompany him or her towards good, giving encouragement and stimulation as the child builds his or her personality and relationships with others. Francis says that educating a child is like tending to a flower patch, protecting it against bad weather, ridding it from parasites.

Amongst other themes touched upon by the Pope during his conversation is the theme of pardon and reconciliation. To Scalfari’s question on the value of repentance at the end of one’s days, perhaps only in fear of the possibility of life after death, the Pope answered: “God knows”. He pointed out that we cannot judge whether that repentance is true or false, but God knows and judges. And this is also true – Francis said – for those who do evil in good faith, thinking that it is good. The Lord establishes his laws – he pointed out – not man. We know that God created man and nothing is unknown to Him because this is what Christ told us.

And regarding the theme of evil and of conscience the Pope said we must study the Books of Wisdom in the Bible and the Gospel. He points out that they contain central questions for theology but also for modern culture, which he highlights, one of the main points of the Second Vatican Council.

Note by Father Lombardi SJ regarding the article in ‘La Repubblica’

Regarding the long article published on Sunday in ‘La Repubblica’, Father Federico Lombardi SJ, Director of the Vatican Press Office, released a communiqué with a series of remarks.

Pointing out that the conversation between the Pope and Scalfari is extremely cordial and friendly in tone, it is very interesting and contains issues like the wound of sexual abuse against minors and the attitude of the Church towards the mafia.

Fr Lombardi says that, just as in other similar occasions, Scalfari quotes the Pope’s words using quotation marks; however – he points out – Scalfari relies only on memory as the conversation is not transcribed or recorded, nor does the Pope check or revise the article before it is published.

Therefore, Fr Lombardi says, one must not consider it an “interview” in the habitual sense of the word as the journalist’s questions and the Pope’s answers are not related “word for word”. In this regard one must be especially careful, he continues, regarding some “quotes” that seem to affirm there are cardinals amongst the pedophiles, and that the Pope says he will find solutions regarding the celibacy of priests.

Fr Lombardi points out that reading the article published in ‘La Repubblica’, these statements are clearly attributed to the Pope, but – curiously – the quotation marks are opened at the beginning of the paragraph and never closed… “A lapse of memory or an explicit acknowledgement the naïf reader is being manipulated?”