We hear from three Filipino fishermen who experienced horrendous working conditions – a situation of modern slavery – on and off vessels operating out of the UK.

These six short films reveal the harsh realities faced by survivors of modern slavery at sea.

In this introduction, the seafarers discuss the push factors – low paid jobs in the Philippines, the seafarers borrow lots of money to pay for training and certificates, borrow from family, friends, manning agency – borrow from “everywhere”.

The seafarers discuss contracts and expectations. We learn that: the first contract is rarely the final contract; the wage promised can be almost halved – for example $1450 becomes $900; Filipino seafarers expect a better life and good working conditions in countries like the UK and are suprised when that’s not the case.

Before going to sea

The seafarers discuss treatment and anxieties before going to sea. We learn that: the seafarers arrived at the UK airport and were put on a coach for several hours; they didn’t go to sea for many weeks; were forced to live in a tiny caravan – 10 seafarers in a caravan made for two people; hardly ever enough food to go round and often went hungry; they didn’t work on the vessels named in their contracts.

The seafarers discuss the harsh realities of life at sea. We learn that: the seafarers work long, hard days – 21 hours work, 3 hours sleep; this results in very low energy levels; food rations never enough for number of men and time at sea; different food to that eaten in Philippines; witnessed seafarers being punched and kicked.

The seafarers explain why they were so reluctant to leave despite the appalling treatment. We learn that: the seafarers were worried about breaking their contracts; fears that the manning agency wouldn’t give them another job; trapped in a situation of debt bondage – have borrowed money from many sources; worried about being ‘blacklisted’; worried about not being able to provide for their families. 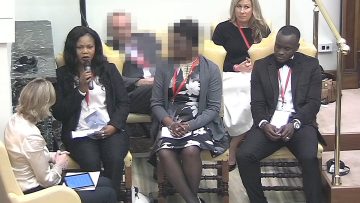 Princess was a cook in a traditional restaurant in Akwa Ibom State in Nigeria. 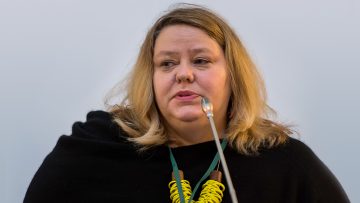 Diane Martin gives a survivor’s first-hand account of the suffering inflicted by traffickers. 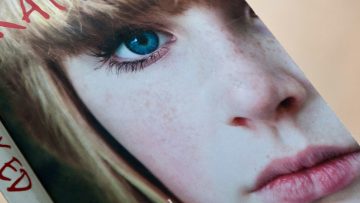 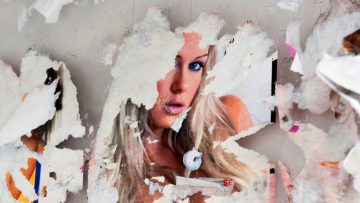 Al Bangura grew up in Sierra Leone dreaming of being a professional footballer.

“Crystal” was trafficked to the UK from Trinidad.