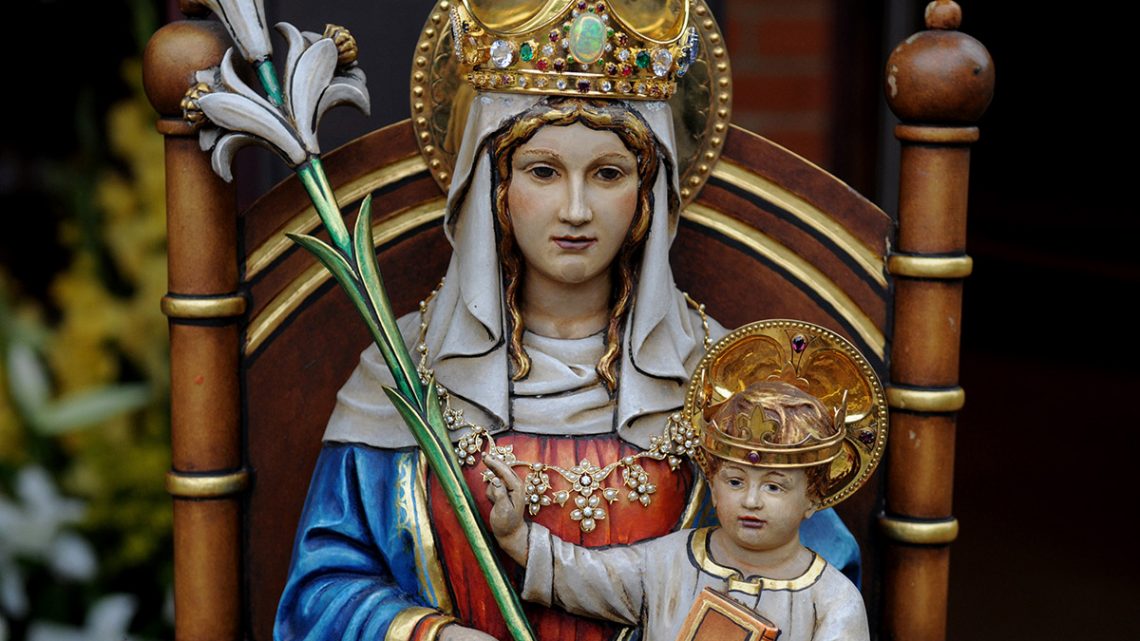 First dedicated to Our Lady by King Richard II in 1381, England will once again be dedicated as the “Dowry of Mary” on Sunday.

On Sunday 29 March at midday, Catholics and other Christians across England will take part in the “re-dedication” of the country to the Virgin Mary. The re-dedication has been scheduled for years, but the current pandemic is described as “an example of why the Rededication is so important at this moment”.

Originally each English Bishop was to hold a ceremony in his own Cathedral, whilst a Mass was to be said at the shrine of Our Lady of Walsingham. With the new measures aimed at limiting the spread of Covid-19 in Britain, Christians will be invited to re-dedicate themselves and their country to the prayers of the Virgin Mary from their own homes.

Dedication of England amidst coronavirus pandemic

On 25 March, Ireland, Spain and Portugal consecrated their countries and peoples to the Virgin Mary, seeking her protection during the pandemic. The re-dedication of England, however, has been in the planning since 2017. The event now takes on a new dimension as England and her people are once again dedicated to Our Lady amidst turmoil and uncertainty.

“What can I contribute to that Dowry?” was Cardinal Vincent Nichols’ question to all Catholics in England in the wake of the news that public Masses would be cancelled in all of Britain. “We are Mary’s Dowry! Please enrich that Dowry by offering to her the best that you can give” the Cardinal said, encouraging all Catholics in England to participate in the re-dedication from their homes.

Msgr John Armitage, Rector of the Catholic shrine at Walsingham, released a joint statement with the rector of the Anglican shrine, Fr Kevin Smith. The statement says, “Today, fear and uncertainty about the future is affecting millions of lives around the world and within our own communities and families. We see in Mary one who was not shielded from life’s pain and difficulties. This is why we can look to Mary with confidence and trust in times of sorrow and joy.”

Our Lady and England

The original dedication of England took place in 1381, when King Richard II made a series of “Entrustment vows” during a ceremony at Westminster Abbey. The country was in the midst of political uncertainty with the Peasants’ Revolt against landlords. The 14-year-old king turned to the Virgin Mary for her protection.

English law at the time required that a husband should provide his wife with a portion of his land and money, to be able to support herself should the husband die before her. This was known as the widow’s dowry.

Although other leaders, such as King Edward the Confessor, who reigned from 1042-1066, had informally referred to England as “Mary’s Dowry,” the dedication made by King Richard was the first official use of the title. The King established the title in law. It was then solemnly proclaimed in 1399 by Thomas Arundel, who was Archbishop of Canterbury.

The proclamation read: “The contemplation of the great mystery of the Incarnation has drawn all Christian nations to venerate her from whom came the first beginnings of our redemption. But we English, being the servants of her special inheritance and her own dowry, as we are commonly called, ought to surpass others in the fervour of our praises and devotions.”

The village of Walsingham in Norfolk, England, became a famous pilgrimage site after a rich widow, named Richeldis, received visions of the Virgin Mary- and the house of the Holy Family in Nazareth. Later, she built a replica of the house of Jesus, Mary and Joseph from Nazareth. The shrine was established in 1061 to serve as a perpetual reminder of the Annunciation. The shrine expanded into an Augustinian priory with papal approval around 1150. It subsequently became one of the most visited pilgrimage sites in Christendom after Jerusalem, Rome and Compostela.

The shrine was destroyed in 1538, as a result of the Reformation, and the original statue of Our Lady of Walsingham was brought to London and burnt. It was only in 1897 that pilgrimages to Walsingham could once again take place, when Pope Leo XIII requested the rebuilding of the Holy House around one of the last wayside chapels en route to Walsingham, still known today as the “Slipper Chapel”.

A statue of Our Lady of Walsingham, closely modelled on the original medieval statue and crowned in the name of Pius XII in 1954, has for the last two years made a tour of parishes throughout England to draw attention to and prepare the re-dedication.

This year’s re-dedication will be the latest in a series of consecrations made by the English Bishops in recent centuries, the first one was made at the request of Pope Leo XIII in 1893.

The timeline of events started with the Solemnity of the Mother of God on 1 January, when Catholics in England were invited to prepare themselves by praying the Rosary and the Angelus.

A newly-painted icon called the “Dowry Painting” was then brought to Rome on 12 February by the Archbishop of Westminster, Cardinal Vincent Nichols, Msgr John Armitage, rector of the Walsingham shrine, and the painter, Amanda de Pulford. There, Pope Francis blessed the painting during the Wednesday General Audience, after which it was brought back to England to remain at the shrine in Walsingham for the re-dedication Mass.

A Mass at the Marian shrine at Walsingham was to be the focal point of the dedication, with the renewal of the same vows made by King Richard II and Masses celebrated simultaneously in cathedrals and churches across the country.

The Mass at Walsingham will still take place at midday on Sunday, but the faithful are invited to participate through a live stream instead. The Angelus prayer at the end of Mass will begin the re-dedication ceremony. Catholics all over England will unite their “yes” to that of the Virgin Mary. This will be followed by the “Act of Entrustment of England to the Virgin Mary”, a prayer which draws upon all the acts of surrender and dedication to Our Lady throughout the country’s history.

As England seeks the protection of the Virgin Mary once again, these opening words of the prayer will resound throughout the British Isles and beyond:

“O Blessed Virgin Mary, Mother of God and our most gentle Queen and Mother, look down in mercy upon England thy “Dowry” and upon us all who greatly hope and trust in thee.”

The texts of the Angelus promise and the Act of Entrustment can be found by clicking here, as well as a sign-up to take part in the re-dedication from home. 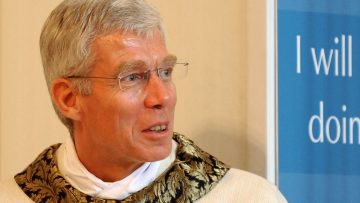 New Rector of the National Shrine of Our Lady of Walsingham