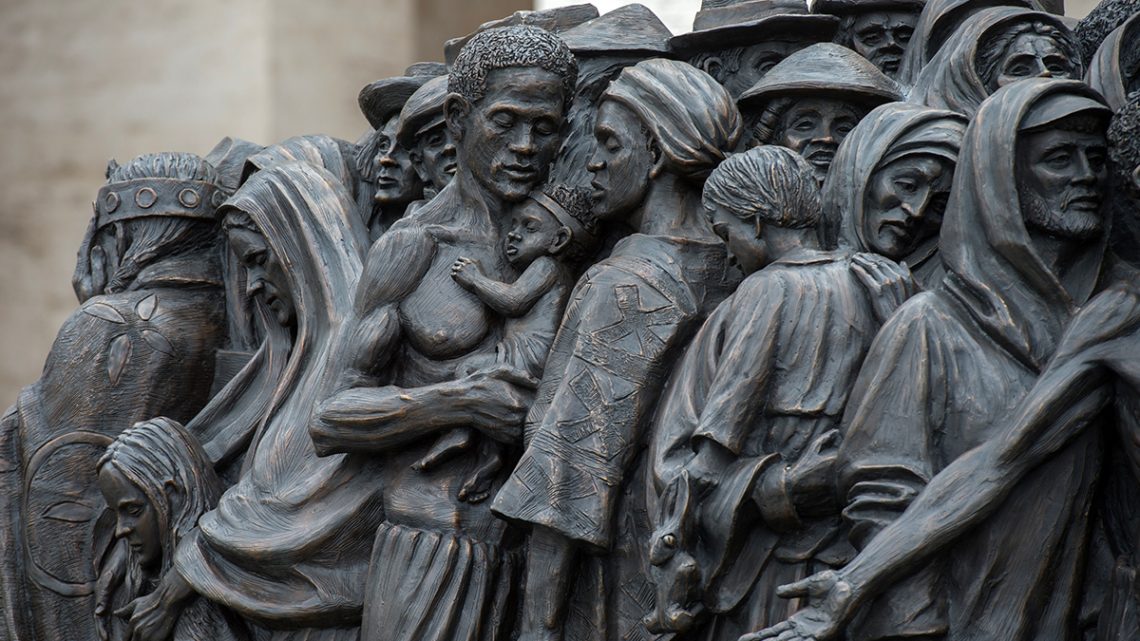 A new booklet published by the Dicastery for Promoting Integral Human Development “calls on us to broaden the way we look at this drama of our time” – the drama of “those driven from their homes by the climate crisis.”

In his preface to Pastoral Orientations on Climate Displaced People, Pope Francis goes on to say the new booklet “urges us to see the tragedy of prolonged uprootedness that causes our brothers and sisters to cry out, year after year… it invites us to become aware of the indifference of societies and governments to this tragedy. It asks us to see, and to care.”

Finally, the Pope says, “It invites the Church and others to act together, and spells out how we might do so.”

“The climate crisis has a human face”

Pastoral Orientations on Climate Displaced People (POCDP) was produced jointly by the Migrants and Refugees Section and the Integral Ecology Sector of the Dicastery for Promoting Integral Human Development.

In his presentation of the document, Scalabrinian Father Fabio Baggio, the undersecretary of the Migrants and Refugee Section, explained, “the climate crisis has a human face.” He noted, “it is already a reality for millions of people all over the world, in particular for the inhabitants of the existential peripheries.”

Father Baggio recalled the Church’s “maternal concern” for those who have been displaced due to the climate crisis, saying “this particular situation of vulnerability is the raison d’être of the present document.”

Describing the contents of POCDP, Father Baggio said, “The orientations proposed in this document are deeply rooted in the Church’s reflection and teaching, as well as it’s practical experience in responding to the needs of climate displaced persons.” Further, he said, they are “the result of careful listening to local churches and to numerous religious congregations and Catholic organizations working in the field.”

After a glossary explaining key terms and a general introduction, POCDP is developed in ten points. It begins with a general survey of the topic, followed by nine chapters dealing with particular aspects of the phenomenon of climate displacement.

“The starting point, then,” said Father Baggio, “is the need to promote awareness of the issue, in order to enable everyone to ‘open their eyes to the reality of the impact that the climate crisis has on human existence.’” The document addresses specific issues such as finding alternatives to climate displacement, promoting integration and inclusion in communities welcoming climate displaced persons, and promoting cooperation among all those working to assist climate displaced persons.”

The work the Lord asks of us

“This is the work the Lord asks of us now,” writes Pope Francis in his preface, “and there is great joy on it.”

Paraphrasing the famous quotation from Hamlet, the Pope says, “To see or not to see” the effects of climate change in the lives of our brothers and sisters “is the question that leads us to the answer in action together.”

The pages of Pastoral Guidelines on Climate Displaced Persons, he concludes, “show us what is needed and, with God’s help, what to do.” 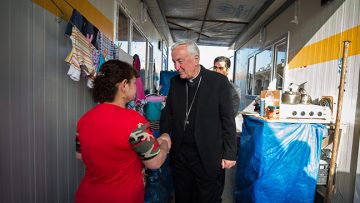 Holy See responds to UN Committee on Rights of the Child

Pope at Mass: May common difficulties lead to greater unity