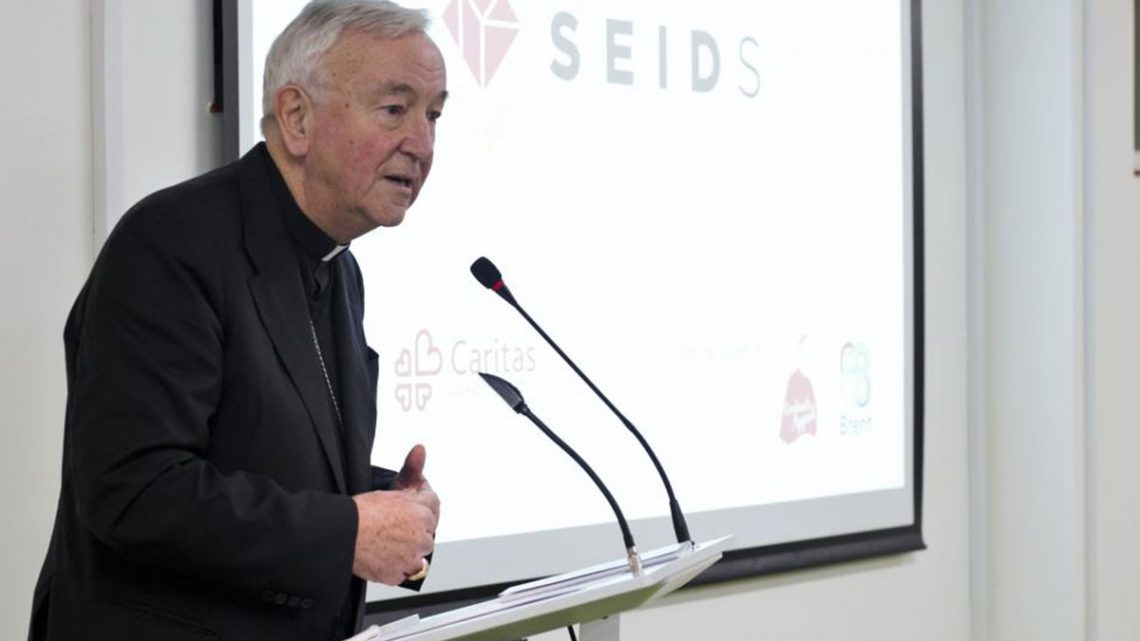 Cardinal Vincent has officially launched the SEIDs (social, enterprise, idea, design) strategy at the SEIDs hub in Wembley, saying that the heart of business should always be about people, not wealth.

He echoed the words of Pope Francis, saying that things can be seen most clearly when we look at them from the periphery, somewhere far from the centre; it gives us ‘refreshing vision’.

The Cardinal began his address by describing how ‘thrilled’ he was to be at the launch of such an ambitious initiative, one that has the potential to change the way we think about work and employment. This building and wider strategy should be ‘part of the presence of the catholic church’.

Addressing the audience of supporters, donors, faith groups and community leaders Cardinal Vincent explained how often the relationship between business and society can become exploitative, and focused on wealth. The launch of SEIDs offers a different perspective, one from the periphery mentioned by Pope Francis, that reveals some truths about work, it should be decent and dignified, focused on people and in the service of the common good.

The leader of Brent Council, Councillor Muhammed Butt also gave a short speech, expressing his delight that SEIDs has been made a reality, and is ready to begin making a difference in the Borough of Brent.

Both Cardinal Vincent and Councillor Butt praised the collaboration of the local authority and the diocese and indicated a desire that this should become an example of communities working together for the benefit of all.

Attending the launch alongside Cllr Butt was the deputy mayor of Brent, Councillor Ernest Ezeajughi, who as well as supporting the project as deputy mayor, has supported it as a parishioner of the local catholic church.

SEIDs consists of two branches and aims to provide opportunity and employment for those who cannot easily access these through conventional ways.

The first part is the SEIDs hub in Wembley which will offer facilities and support for individuals to develop their own social enterprise concepts, businesses which trade for a social purpose. The second part is the creation of social enterprises run by SEIDs to employ and train people who are at a disadvantage in the traditional job market. In 2017 SEIDs set up a property services social enterprise offering painting, decorating and general maintenance around the diocese. SEIDs Property Services not only provides high quality services but prioritises training and on the job experience for people who have not been able to access decent and dignified work.

Decent and dignified work means a sustainable living wage in London, a supportive quality work environment, support and encouragement to get the very best out of work opportunities and progression pathways from apprentice through to manager.

In time SEIDs will be setting up additional businesses, which will all offer decent and dignified work to train people in a variety of different trades.