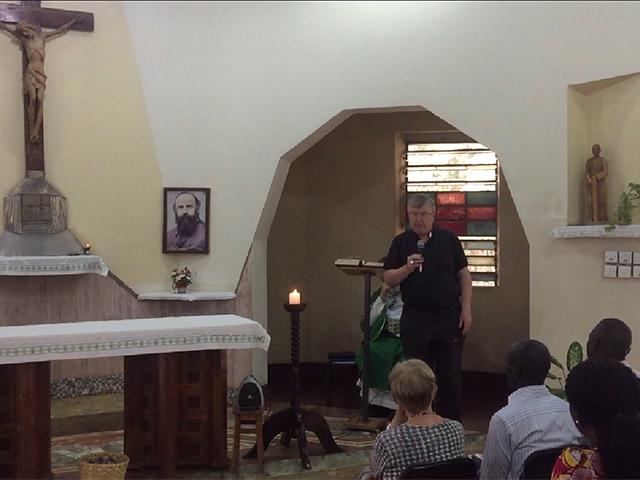 Bishop William Kenney has called on all Catholics to pray for their brothers and sisters in the South Sudan as they undergo the trauma of war and famine.

They are “a Church that is small and regarded at times suspiciously by the authorities.” Bishop Kenney’s trip was organised by CAFOD and he was hosted by the South Sudanese Bishops’ Conference.

South Sudan gained independence from Sudan on 9 July 2011, ending Africa’s longest-running civil war. However, gaining independence did not end conflict in South Sudan as the 2013-2015 civil war went on to displace 2.2 million people. It is still the newest country in the world and is Africa’s first new country since Eritrea split from Ethiopia in 1993.

He went on to detail the particular sufferings of the South Sudanese people. “Our sisters and brothers in South Sudan have been traumatised by war – that implies killings, destruction of crops and property and rape.”

He also praises the work of CAFOD throughout the region, and said that despite their own struggles, the South Sudanese Church is looking beyond itself.

“CAFOD is doing all it can in these areas. The Catholic population here also helps the Church at large. Today, World Mission Sunday, a collection was taken here in South Sudan for the missionary work of the Church in the whole world.”