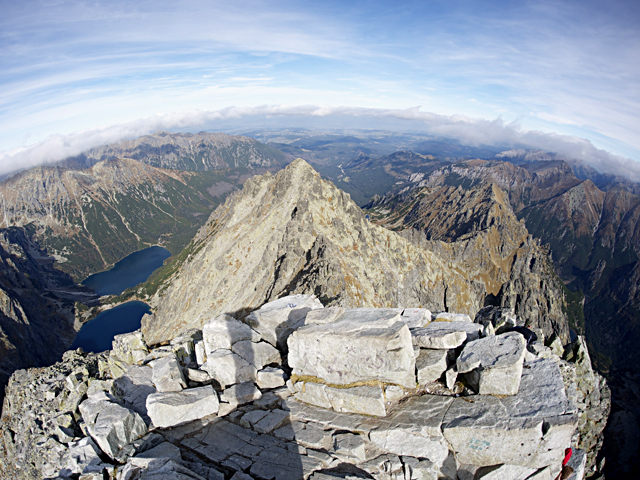 Last week the Intergovernmental Panel on Climate Change (IPCC) issued a special report on the expected impacts of an increase in 1.5°C above pre-industrial levels, with an urgent call to action.

The report is clear that we are seeing the consequences of a warming world (having already increased 1°C), resulting in more extreme weather, rising sea levels, diminishing sea ice and the loss of coral reefs, among other changes. In his encyclical Laudato Si, Pope Francis laments that our Mother Earth “now cries out to us because of the harm we have inflicted on her by our irresponsible use and abuse of the goods with which God has endowed her (2).”

Pope Francis reminds us in Laudato Si: “Climate is a common good, belonging to all and meant for all (23).” We have a duty to recognise the need for changes in lifestyle, production and consumption. I’m proud to say that 20 Catholic Dioceses in England and Wales have already made the switch to green energy, that 45 Live Simply Awards have now been presented, and that we recently launched a new film-based resource called Global Healing to help parishes, groups and individuals respond to the damage being done to our planet.

According to the IPCC “unprecedented changes in all aspects of society” are required if we are to keep warming below 1.5°C, and that this change can go “hand in hand with ensuring a more sustainable and equitable society.”

In 2015 the ‘Paris Agreement’ brought world nations together in agreement that we need to keep the global average temperature rise to well below 2°C and endeavour to keep it below 1.5°C. The IPCC report explores the impacts of both scenarios, and it is clear that the difference between the two is substantial. For example, by 2100 we would have 10cm higher sea level rise at 2°C than 1.5°C. Small Island Developing States are the most vulnerable to these effects, despite being amongst the least to blame for climate change, with a very real danger that whole communities will be displaced. Coral reefs are expected to decline by 70-90% if we limit warming to 1.5°C, but virtually disappear if we reach 2°C. According to the World Wildlife Fund, more than 450 million people live within 60 kilometres of coral reefs, with the majority directly or indirectly deriving food and income from them. This human impact is deeply concerning.

Another major report published last week looks at the impact of food production as a major driver of climate change. It shows we cannot ignore the need to move to more plant based diets if we are going to meet emissions targets, alongside a reduction in food waste and some changes in farming practices. A 2013 report on food waste showed that globally we produce about 4 billion metric tonnes of food a year, but that between 30-50% of this never reaches a human stomach. They suggest that in developed countries, 30-50% of food is thrown away by the purchaser. In July, Pope Francis encouraged us to think about these habits. “I am thinking about the many hungry people and how much leftover food we throw away (…) I will give you some advice: speak to your grandparents who lived through the post war period and ask them what they did with the leftovers. Never throw away leftover food (…) This is a piece of advice and also an examination of conscience: what do we do with leftovers at home?”

Pope Francis emphasises that we cannot rely on technology to resolve the issue. We must accept that the problem we face is both social and environmental. To try and fix it without accepting that we need a change in heart and lifestyle, to become ‘ecologically converted,’ is to avoid dealing with the underlying causes. Just because we buy green energy does not mean we can use as much as we want! “A person who could afford to spend and consume more but regularly uses less heating and wears warmer clothes, shows the kind of convictions and attitudes which help to protect the environment (Laudato Si, 211).”

I highly recommend reading at least summaries of the reports mentioned here and continuing to engage in this very important topic so as to be better able to hear the cry of the earth and the cry of the poor. 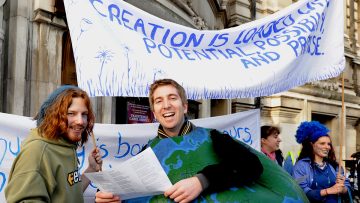