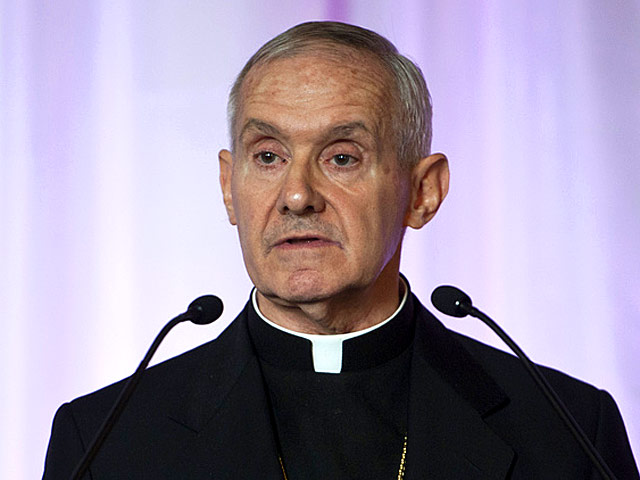 Archbishop Nicholas has said that religion is necessary if we want to build a strong civil society.

Speaking at a lecture delivered at the London School of Economics, on 2 March 2011, Archbishop Nichols said that religious freedom was not divisive, but rather necessary for building the common good.

The lecture entitled ‘Good Life in Hard Times’ put forward three arguments for promoting religious freedom in society. Archbishop Nichols firstly explored the understanding of what it is to be fully human that religious freedom expresses, saying that the current project of human rights has much in common with a religious understanding of what it is to be human. “This is understanding of person that the project of human rights actually seeks to promote today: an individual, certainly, but one whose personhood depends on connections with others. Such a person flourishes in his or her relationality, not living alone in his or her castle, but mixing freely in society, a human being composed never of oneself alone but always through connections with others as well.”

Secondly the archbishop highlighted the ‘powerfully positive’ contribution religion can make to building a stronger civil society saying that: “religion actually and demonstrably contributes to social goods – to neighbourliness, volunteering and philanthropy.” Speaking about the renewal of society, Archbishop Nichols said “I think that the religious contribution to the renewal of civil society is perhaps more significant than we might think. Although it is now tangled up with a political argument about expenditure cuts, how we achieve this renewal is a good moral question at the heart of the idea of the “Big Society.”

Thirdly Archbishop Nichols said that a rich understanding of religious freedom could help secure a viable pluralism in secular society saying that “what guarantees the freedom of all, and which at its best religious freedom itself promotes and defends, is respect for human dignity…. In our society today there is unease about identity and culture, and the extent to which there is a need for assimilation and integration of minority communities. What focussing on human dignity does is to shift the perspective away from all our differences – the fact that we each have multiple identities in terms of our ethnic origin, our faith, our language, our place of birth, and so on – and instead concentrate our attention on the unique value each person has simply in virtue of our common humanity.”