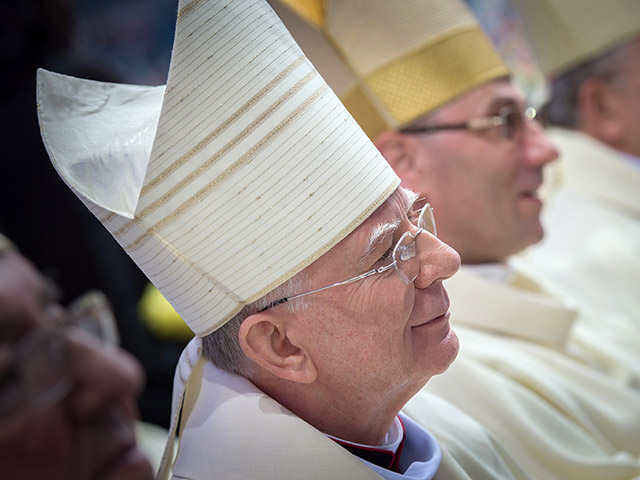 Cardinal Vincent Nichols, Archbishop of Westminster and President of the Catholic Bishops’ Conference of England and Wales,  has welcomed Pope Francis’ announcement that Archbishop Marek Jedraszewski will be the next Archbishop of Krakow:

“Across England and Wales we are particularly grateful to Cardinal Dziwisz for his hosting of this year’s World Youth Day in Krakow. At the heart of World Youth Day was this double meeting: meeting each other and meeting the Lord in, with and through each other.

“For the millions present, World Youth Day will live in our hearts as a continuing inspiration and challenge, drawing us again and again into a living meeting with Jesus.

“For this and all of his service to the Church, most especially his nearly forty years of service as private secretary to Pope Saint John Paul II, we thank him and pray for the people of Poland, both here in the UK and in Poland.”