All Cardinal Electors present but no date set for Conclave 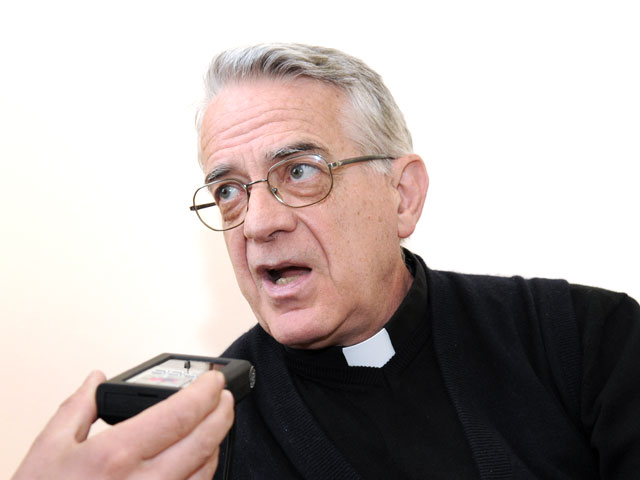 The very first issue on Fr Federico Lombardi’s agenda for his daily press briefing on Thursday, 7 March, was to reiterate once again that no date has yet been set for Conclave.

He noted that news reports of St Peter’s Basilica having been booked next Monday afternoon at 5pm, for a Mass for the election of the Roman Pontiff are unfounded.

Fr Lombardi pointed out to press that the Missa pro eligendo pontifice can be celebrated by any priest during the interregnum, or Vacant See, as part of the Universal Church’s call to prayer during this period.

152 Cardinals were present for the fifth general congregation that began at 9:30 with prayer. There were two new arrivals overnight: Cardinal Nycz from Warsaw, Poland, who is an elector; and Italian Cardinal Coppa, who is not.

The Vietnamese Cardinal Pham of Hồ Chí Minh City is due to arrive in time for Thursday afternoon’s session. His arrival will bring the number of Cardinal Electors present in Rome to the total 115 men who can vote in Conclave for the Pope.

Also Thursday morning the Cardinal-Dean, Angelo Sodano, read the text of a telegram that the College of Cardinals will send to Venezuela marking death of President Chavez.

The remaining 13 interventions were wide ranging: touching on topics from the Church’s commitment to evangelization, relations with local bishops, ecumenical dialogue and the Church’s charitable commitment to the poor. Further discussion concerned the talents, qualities and characteristics required of the next Pope.

Journalists were once again treated to a brief film depicting preparation work on the Sistine Chapel. This included workmen blacking out the windows to the ancient chapel and the installation of the chimney stack through which the world will first come to know when and if a Pope has been elected.