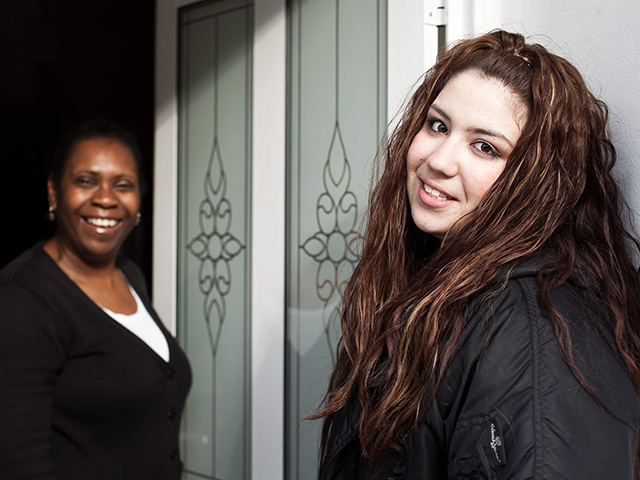 Twenty-five years ago, the charity Depaul UK was set up in response to the growing number of young people sleeping rough on the streets across the country.

A thanksgiving mass will celebrate the charity’s anniversary at 2pm on 27 September 2014 – the feast day of St Vincent de Paul – at Westminster Cathedral, presided over by the charity’s patron Cardinal Vincent Nichols.

An unprecedented rise in youth homelessness has caused demand for Depaul UK’s services to increase by 300% in just 12 months in some parts of the country.

In order to meet rising demand, Depaul is calling on households across the Catholic community who have a spare room to consider making it available to a young homeless person.

The charity supports a network of 40 safe emergency accommodation services across the UK, called Nightstops, placing homeless young people aged 16-25 in the homes of over 740 volunteer hosts approved by Depaul UK. The scheme sees volunteer hosts provide a room, evening meal and listening ear to a young homeless person for one night or for up to two weeks.

Once engaged with Nightstop, staff can then work with the young person in partnership with local agencies to help them address issues that caused them to become homeless, providing family mediation and securing longer-term settled accommodation.

“The thanksgiving mass is a great opportunity to thank the Catholic community for the invaluable support and commitment that has helped the charity transform the lives of so many young people who are homeless, vulnerable and disadvantaged.

“But recent times have been tough on young people, with an estimated 80,000 becoming homeless or sleeping rough last year in the UK and demand for our services rising so fast we are having to turn young people away. This is forcing more and more to sleep in unsafe places, vulnerable to exploitation and harm.

“Nightstop is a unique and increasingly vital service made possible by the generosity of inspirational people, many from the Catholic community, with a spare room and a desire to help young people in crisis.”

Depaul’s journey began over 400 years ago in a small village in the Pyrenees where St Vincent de Paul was born in 1581. And since Depaul UK was founded in 1989 through the partnership of three Catholic charities and the vision of the late Cardinal Basil Hume, the values based Vincentian charity has continued its strong links with the Catholic Church.

Since 1989, the charity has helped over 80,000 children through a national network of youth homelessness projects in the UK and now also operates in Ireland, France, Slovakia, the USA and Ukraine. Conflict in Ukraine is driving many displaced families to Kharkiv and Odessa where Depaul projects have been offering a vital lifeline, providing hot meals, first aid, shelter and support for those living on the margins of a society in turmoil.

The charity continues to work with around 5,000 young people a year through its directly-run provision and national network of accredited Nightstop schemes.

There are currently 40 Nightstops operating throughout the UK accredited by Depaul UK.

If you’d like to sign up as a host family, visit depaulnightstopuk.org to find your local Nightstop.

You can download the report ‘Staying Safe’, an evaluation of the Nightstop network, using the link below.