You Are Not Forgotten: Final Statement of the 2016 Coordination of Bishops’ Conferences in support of the Church in the Holy Land 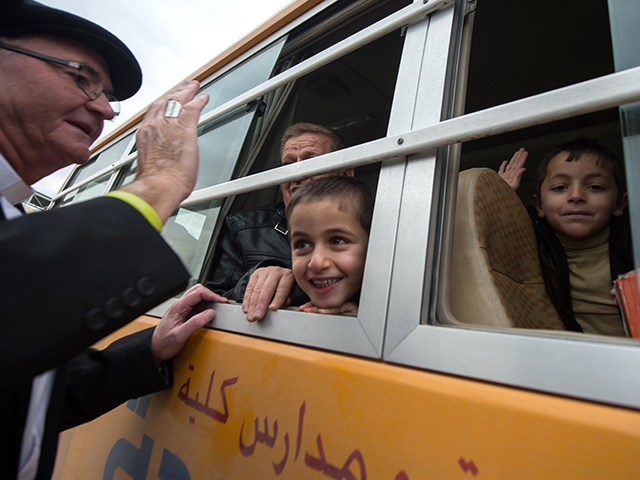 CBCEW » Holy Land » » You Are Not Forgotten: Final Statem...

“We must regain the conviction that we need one another, that we have a shared responsibility for others and the world, and that being good and decent are worth it.” (Laudato si’ 229). As the Bishops of the Holy Land Coordination, we echo Pope Francis’ plea in his recent Encyclical Letter, Laudato si’ (Praise Be to You), to remember our interdependence in an integrated world.

Here in this land holy to Jews, Christians and Muslims, we have been reminded during our visit of the Church’s enduring presence among the weak and vulnerable and those who are too often forgotten. We take away our experiences and the stories that we have heard, and we are determined to give a voice to the voiceless.

The ongoing violence makes it all the more urgent that we remember and assist all, especially those on the margins, who seek to live in justice and peace.

To the Christian community and young people of Gaza, you are not forgotten. The 2014 war led to the destruction of thousands of homes and the physical and social infrastructure of Gaza, as well as the deaths of both Israelis and Palestinians. One and a half years later, while there are signs of hope and the resilience of the population is remarkable, many remain homeless and traumatised by the war. The blockade continues to make their lives desperate and they effectively live in a prison. At Holy Family Parish we were told: “In this Year of Mercy, one of the acts of mercy is to visit prisoners and I thank you for visiting the largest prison in the world.” The ability of so many Christians and Muslims to support each other in this situation is a visible sign of hope and, at a time when many seek to divide communities, an example to us all.

To the Christian community of Beit Jala, where the Israeli confiscation of land and the expansion of the separation wall in the Cremisan Valley, in violation of international law, further undermine their presence in the Holy Land, you are not forgotten. Throughout 2016 we shall raise your plight nationally and internationally.

To those Israelis and Palestinians who seek peace, you are not forgotten. The right of Israel to live in security is clear, but the continuing occupation eats away at the soul of both occupier and occupied. Political leaders across the world must put greater energy into a diplomatic solution to end nearly 50 years of occupation and resolve the ongoing conflict so the two peoples and three faiths can live together in justice and peace.

To the Christian refugees we met in Jordan, you are not forgotten. We heard about the trauma and difficulties in trying to rebuild their lives. For most, returning home is no longer an option. Jordan is struggling to cope with almost a quarter of its population now made up of refugees. The efforts of the local Church and NGOs in reaching out to all refugees – both Christian and Muslim – are significant and commendable in terms of addressing the refugees’ loss of human dignity, but the international community must do more to alleviate their plight and work for peace across the region.

To the priests, religious communities and lay people of the Church in Jordan, you are not forgotten. The Church in Jordan is vital and growing, but Christians are fearful of the growing extremism in the region. It is to be hoped that the coming into force on 1 January of the Comprehensive Agreement between the Holy See and the State of Palestine, offers us a model of dialogue and cooperation between States that respects and preserves freedom of religion and freedom of conscience for all people.

With a promise of active solidarity, we make our own the prayer of Pope Francis in Laudato Si: “O God of the poor, help us to rescue the abandoned and forgotten of this earth, so precious in your eyes.”

Since 1998, the Coordination of Episcopal Conferences in Support of the Church of the Holy Land has met at the invitation of the Assembly of Catholic Ordinaries of the Holy Land. Mandated by the Holy See, the Holy Land Co-ordination meets every January in the Holy Land, focusing on prayer, pilgrimage and persuasion with the aim of acting in solidarity with the Christian community as it experiences intense political and social-economic pressure.