What Christians can learn from the humble olive tree 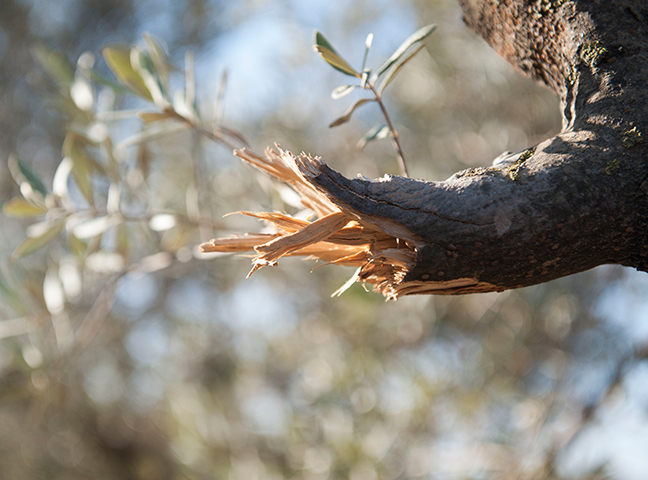 CBCEW » News and Media » » What Christians can learn from the ...

The self described ‘pessoptimist’ Dr Harry Hagopian writes on the current violence between Israelis and Palestinians.

Anyone who has travelled in the Holy Land knows that olive trees are omnipresent. On the hillsides and across the valleys, one can see hundreds of them dotting the landscape. Through the hot and dry summer months, they are often the only greenery to be seen for miles on end. In Jerusalem, despite the relentlessly long and rain-free months, the olives manage to grow and ripen. When everything else in this land is almost lifeless, the olive trees are ready for harvest.

How does this happen? The trees have remarkably deep roots that tap the water which runs far beneath the soil. This provides them with a source which most of the other plant life in the region cannot reach. The leaves allow the trees to draw in and retain the moisture of the early morning dew. That small daily moisture is essential for the nurturing and growth of the olives. These two factors help create a tree which can produce fruit in the harsh summer season, and give abundantly at harvest time in autumn when all else is seemingly barren. Olive trees are hardy.

This firmness brings to my mind a New Testament passage from St Paul’s letter to the Colossians. Paul writes, ‘Since you have accepted Christ Jesus as Lord, live in union with him. Keep your roots deep in him, build your lives on him, and become stronger in your faith, as you were taught’ (Col 2:6-7). We know the world is often a difficult and challenging place. Yet, we are called to be just like the olive tree, to let our roots reach down, to deepen our relationship with God and humankind, so that we can receive life-sustaining encouragement and nourishment.

Just as the olive tree gratefully receives the early morning dew, we too need to be aware of the gifts of grace which God provides to strengthen us – whether that gift lies in a tremulous smile, a kindly word, the squeeze of a hand, the advice of a caring friend, the unquestioning hospitality of a stranger or even the aid of an ‘enemy’ at a moment of personal peril.

But it is hard, is it not? Every day, newspapers, radios and television screens across the world are full of depressing news fed to increasingly information-hungry and globalised consumerist societies. With the latest outburst in violence between Israelis and Palestinians – referred to by some observers as the ‘Intifada of knives’ – the past few weeks have once again become even more compelling in their negative intensity. With all the deaths and injuries of the battles being waged between Palestinians and Israelis, the news outlets have been replete with graphic – often mind-numbing – details about pain, bereavement, sorrow, anger and suffering by both sides.

Being faithful disciples of Christ in a broken, wounded and bleeding world is an arduous and trying task. We need to develop the eyes and ears that help us to perceive God’s presence even when so much around us seems to deny it. It is so easy to give in and voice despair, to court surrender, to turn bitter and slump into defeat.

It is equally easy to avoid seeing that which is being ostensibly offered to us. But to achieve that sentient quality of communion and communication, we also need to develop the tools that equip us to fight for our faith. And that in itself is a monumental task, because it almost inevitably is an uphill struggle that needs a post-Sisyphean resolve as much as steadfastness and outreach in our own journey on earth.

The Book of Genesis tells us the story of the dove that brings back to Noah a fresh olive leaf in its beak to let him know that the flood had subsided. As such, the olive tree has become a harbinger of good news in our lives.

But the olive tree is also associated with Jesus’ Passion, as much as being a universal symbol of peace and a national symbol for Palestine – just like the cedar tree is the national symbol of Lebanon. Yet, since 1967, Israeli authorities or settlers have destroyed an estimated 800,000 Palestinian olive trees. In fact, the Irish-born filmmaker and photographer Bryony Dunne travelled across the West Bank in February 2015 and encountered evidentiary support for such activity in the form of tree stumps and farmers’ stories. This form of ‘punishment’ is one outward manifestation of the physical and mental traumas of occupation that have scarred Palestinians and made their lives harsh.

But I remain a pessoptimist [Emile Habiby] and believe that we carry in us a gene of goodness. This is why I prefer to be vulnerable in the face of a cynical world by adding that if we manage to achieve in our own lives a firmness of faith and a level of spiritual accessibility that overcome adversity, then much like that humble olive tree, we might well be able to produce abundant fruit too.