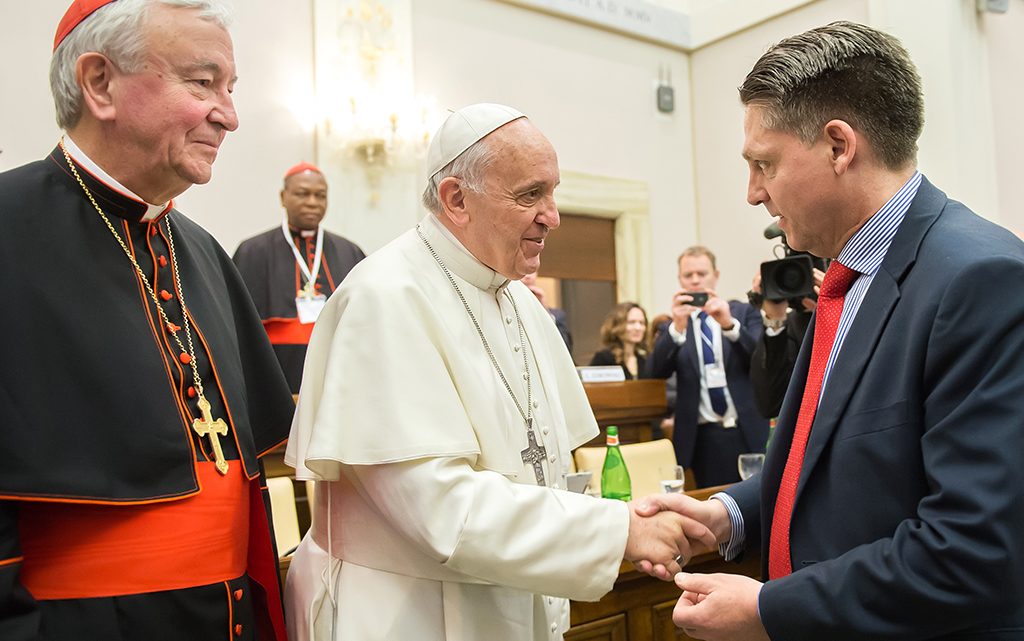 Cardinal Nichols, president of the Santa Marta Group – an international alliance of the Catholic Church and law enforcement officials, set up at the behest of Pope Francis – thanked Kevin Hyland for his dedication and leadership following his resignation as the UK’s Independent Anti-Slavery Commissioner.

“I am full of admiration for his pioneering work as Independent Anti-Slavery Commissioner and before that for his outstanding leadership as head of the trafficking unit for the Metropolitan Police.

“He has been dedicated to the fight against human trafficking for a number of years and during his time in office public awareness has grown about the extent of this terrible crime and the need to combat it on a number of different levels.

“He has been central to a number of different initiatives and efforts to counter human trafficking, including his role as senior adviser to the Santa Marta Group.

“As Independent Anti-Slavery Commissioner Kevin has always argued for greater resources that have often been promised. He has also argued for a more co-ordinated approach to combatting this terrible crime. I sincerely hope that his considerable experience and expertise in this field will not be lost.

“I also hope that the government will not only speedily appoint an independent commissioner but also increase its active support for the commission’s work.”