The Reinterment of King Richard III 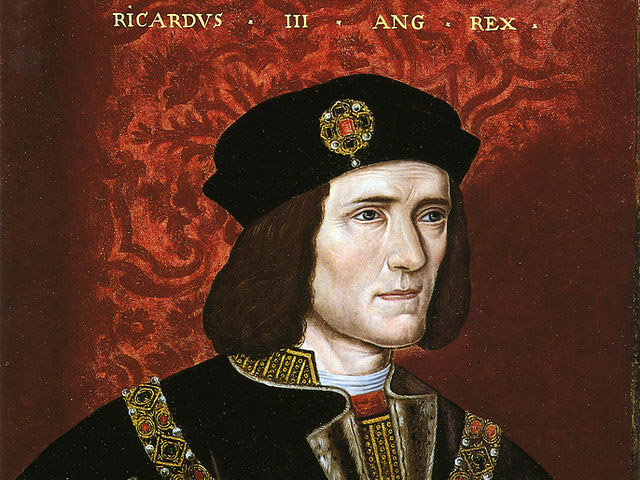 The Cardinal Archbishop of Westminster and the Archbishop of Canterbury will both be taking part in services in Leicester Cathedral to mark the reinterment of King Richard III. This means the most senior clergy of both the Catholic Church and the Church of England in this country will be present as the former monarch is laid to rest during a week of events from 22 – 28 March next year.

During the days when the King awaits reinterment, Mass will be celebrated for the repose of his soul in the local Catholic parish church and Leicester Cathedral’s regular pattern of prayer will include ecumenical participation.

Since the discovery of the body of Richard III in 2012, the Catholic Diocese of Nottingham and the Anglican Diocese of Leicester have worked closely to ensure that his re-interment in Leicester Cathedral, the mediaeval parish church of Leicester, will be celebrated with dignity and prayer.

Following his death at the Battle of Bosworth in 1485, the body of Richard III was buried near the altar of the Greyfriars’ church in Leicester. Although the church was destroyed during the Reformation, the last Plantagenet Monarch lay there in peace until the excavations that led to the exhumation of his body in 2012.

Both Dioceses are working together with other stakeholders to organise various acts of worship during the week in which Richard III’s mortal remains will be re-interred in Leicester Cathedral.

The major liturgies, or services, will be as follows:

Sunday, 22 March 2015
Leicester Cathedral
The remains of Richard III will be received into the cathedral and an invited congregation will pray a service of Compline where Cardinal Vincent Nichols, the Archbishop of Westminster, will preach.

Monday, 23 March 2015
Holy Cross Church, Leicester
Cardinal Nichols will celebrate Mass for the repose of the soul – a ‘Requiem Mass’ – of Richard III in Holy Cross Church, the Catholic parish church and Dominican priory in Leicester city centre. The choir from St Barnabas’ Cathedral, the Cathedral of the Diocese of Nottingham, will sing at this Mass, which will be open to the public.

Thursday, 26 March 2015
Leicester Cathedral
The mortal remains of Richard III will be reinterred in Leicester Cathedral, with an invited congregation and in the presence of the Most Revd Justin Welby, Archbishop of Canterbury and senior clergy from both dioceses, and other Christian denominations alongside representatives of the World Faiths.

Friday, 27 March 2015
Leicester Cathedral
Invited guests from across the city of Leicester and the county of Leicestershire will gather in the Cathedral to mark the end of King Richard’s journey and the sealed tomb will be revealed to the public.

The regular pattern of morning and evening prayer and the Eucharist will be kept by Leicester Cathedral throughout these days as we prepare for the King’s reinterment. A number of these services will have a very special character. All these services will be open to the public.

On Tuesday 24 March the Dominican friars will sing Vespers, the Catholic Church’s evening service, in Leicester Cathedral; this is in addition to the daily celebration of Mass and the divine office in Holy Cross Church.

On Wednesday 25 March, Father David Rocks OP, the parish priest at Holy Cross Church, will preach at the lunchtime Eucharist in Leicester Cathedral.

Further information about each service will be released in due course. Leicester Cathedral will be open for people to visit, to pay their respects and to pray from 23-25 March, and from Saturday 28 March the area around Richard III’s tomb will be open to the public.

“The death of King Richard III at the Battle of Bosworth in 1485 was a decisive moment in English history. Following his death, Richard III was buried in the Franciscan Friary in Leicester, and his body lay in its grave until it was discovered in 2012. It is now fitting that his remains should be reinterred with dignity and accompanied by the prayers of the Church in Leicester Cathedral, the mediaeval parish church of Leicester. We commend all who have died to the love and mercy of Almighty God, and continue to pray for them, as we shall for Richard III and all who have lost their lives in battle.”

“I am delighted that the Archbishop of Canterbury and the Cardinal Archbishop of Westminster will be in Leicester for our celebrations surrounding the reinterment of Richard III. The presence of the Cardinal marks the historical continuity between the Catholic faith in this country and the Church of England. The presence of both Archbishops is a sign of the close partnership between our two Churches in burying King Richard with dignity and honour.”

“We very much look forward to welcoming Cardinal Nichols to the Diocese of Nottingham next March for the reinterment of Richard III, one of the last Catholic kings of England, in the city in which he was buried in 1485; we are very pleased that he will celebrate Mass for the repose of his soul in Holy Cross Church and preach in Leicester Cathedral. The presence of both the Cardinal Archbishop of Westminster and the Archbishop of Canterbury is a reminder of the good relationship that the Catholic Church and the Church of England enjoy today, as we all seek to be faithful to Christ’s wish that we ‘may all be one’ and overcome the divisions brought about at the Reformation by continuing on the ecumenical journey to which we are both committed.”

“Leicester Cathedral has always intended to have prayer at the heart of Richard III’s reburial and we wanted to demonstrate our sincere ecumenical commitment which characterises the modern church. So we are delighted that both the Archbishop of Canterbury and the Cardinal Archbishop are to be with us.”

“Just as our Franciscan brothers at Greyfriars prayed over Richard III at his burial in 1485, so the contemporary Blackfriars of Leicester look forward to joining with the people of Leicester in the celebration of his reinterment in the city’s cathedral in 2015, and to taking part in the beautiful and fitting services and events that are planned.”

The reinterment of Richard III is a historic event in the life of the City of Leicester, and both Dioceses will continue to work together ecumenically to ensure that his life is commemorated and his body reinterred with due honour.

nottingham-diocese.org.uk
Official website for the Catholic Diocese of Nottingham

leicester.anglican.org
Official website for the Anglican Diocese of Leicester