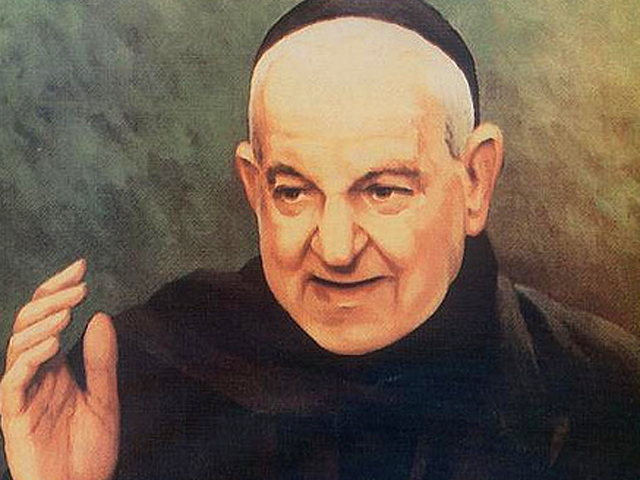 Two trainee priests from Oscott College, a seminary in Birmingham, have decided to adopt an unofficial patron saint of podcasting for their very successful ‘Vocationcast’ series. Produced and directed by seminarians for all those discerning their call in life. The dynamic duo, Dan Fitzpatrick, a youth worker before he entered the seminary (currently in his fifth year at Oscott) and Frankie Mulgrew, a former comedian, (also in his fifth year and soon to become a deacon) began Vocationcast in September of last year as a response to the Holy Father, Pope Benedict’s call for priests to engage with the digital continent.

So why did they feel the need to adopt an unofficial patron saint for their work?

Dan and Frankie: “We pray before we record and at other times too, asking the intercession of St. Maximilian Kolbe who is associated with media. However we recently looked for a patron saint of podcasting who we could ask for intercession. We were shocked to discover that there is no saint associated with podcasting. So we began to look at saints’ lives to see if one would be suited to podcasting. We came across St. George Preca, a Maltese priest involved in spreading the Gospel.”

St George Preca was a Roman Catholic priest who was born in Valletta, Malta. He founded the Society of Christian Doctrine, a society of lay catechists. He is affectionately known as “Dun Ġorġ” and is popularly referred to as the “Second Apostle of Malta”, after Paul of Tarsus.

It was around 1910 that Dun George had a very powerful mystical experience of “the extraordinary vision of the child Jesus”. One morning he suddenly saw a twelve-year old boy pushing a low cart with a bag full of manure. The boy turned to George and ordered him: “Lend me a hand!”

The moment Fr George put his hand on the cart he felt an extraordinary spiritual sweetness. He later understood that the boy was Jesus and that the Lord was asking him and his followers to help him with nurturing the Lord’s field and vineyard with sound doctrine and formation.

Fr George Preca strived unceasingly to spread the values and teaching of the Gospel in the Maltese islands. He wrote a great number of books and published numerous prayer booklets. He was undoubtedly a great apostle of the Gospel which he used to call “The Voice of the Beloved”.

They continued: “It’s for these reasons that we ask St. George to pray for podcasting, a modern media format, that can be used effectively to preach the Gospel and be a ‘voice of the beloved’ to all people. We pray that he will be the patron of all podcasters, so that his example may inspire and encourage their efforts of communicating to mass audiences.”

You can listen to Vocationcast on catholicnews. You can also subscribe via RSS (feed) or iTunes. Just click on the links or the buttons below.

Next month there is a special episode for National Vocations Sunday, looking at how everyone is called to live out their lives in a special way.

Vocationcast is an online audio webcast and podcast inspired by the Holy Father’s encouragement to bring the witness of faith to the digital world. Each 30-minute episode is produced by a team of trained seminarians from the dioceses of England and Wales. The podcast aims to inspire, empower and equip young people in their search for life in Christ. The monthly episodes include interviews, faith stories, prayer and reflection. The seminarians have hosted guests such as Fr. Raniero Cantalamessa and Fr Christopher Jamison, OSB. Their listeners come from many places around the world. On average Vocationcast gets over 500 unique visits to its website each week. Vocationcast is aired on www.vocationcast.org, the Bishop’s Conference of England and Wales website, iTunes and on Veritas Radio in South Africa.