Stand up against the persecution of Atheists around the world 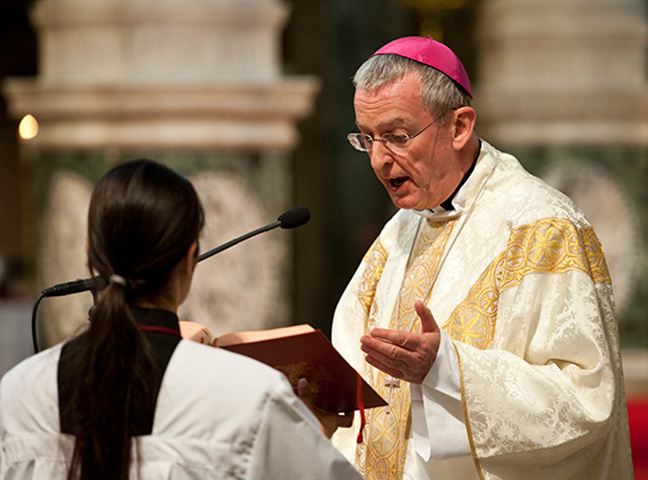 CBCEW » International » Countries » Bangladesh » » Stand up against the persecution of...

The following article went out in The Catholic Universe, Friday 4 March, in it Bishop Declan Lang says the Catholic community has a duty to stand up against the persecution of atheists around the world. Full article below.

Two years ago Ahmed Rajib Haider, a prominent atheist blogger was ambushed as he left his home in Dhaka and brutally murdered by a gang wielding machetes. The killing came against a backdrop of intimidation and attacks on people who had publicly repudiated or challenged religious belief.

Since then Bangladesh’s atheists have lived and died in fear. During 2015 at least five more were murdered. Avijit Roy, an author who wrote extensively on atheism and science, was hacked to death as he left a book fair with his wife. Weeks later Washiqur Rahman, an IT manager who blogged in his spare time, was stabbed in broad daylight. In the Northern city of Sylhet Ananta Bijoy Das was killed on his way to work, shortly after being invited to address a high profile press freedom event in Europe.

As demands grew for the Bangladeshi government to act, gangs burst into the home of blogger Niloy Chakrabarti and the office of publisher Faisal Abedin Deepan, killing them both in the same horrific manner. All of the men had been named on lists of prominent atheists circulated by extremist groups and most had already received death threats. Several other high profile atheists narrowly escaped attacks and dozens fled the country.

The Catholic Bishops’ Conference of Bangladesh publicly denounced the murders as attacks on religious tolerance and freedom of expression, strongly criticising the government’s failure to offer protection for those whose lives were at risk. Their intervention took some by surprise, but it is in fact a powerful demonstration of the stand that we are called to take whenever people are persecuted for their beliefs.

Across the world Christians can be found playing a central role in defence of other faith communities, from the Yazidis in Northern Iraq who face unspeakable atrocities at the hands of Daesh, to Muslim minorities in parts of South East Asia who suffer discrimination and hostility from Buddhist fundamentalists. However our compassion must never be limited only to people of faith.

The persecution of atheists is a grave violation of human dignity throughout the world. In Saudi Arabia, where “calling for atheist thought in any form” is defined as an act of terrorism, writers have been flogged after publicly promoting humanist or secularist ideas. Most recently the Palestinian poet Ashraf Fayadh was sentenced to eight years in prison and eight hundred lashes, for publishing work considered to be atheistic.

Indonesian atheist Alexander Aan was infamously imprisoned for more than two years after writing about his beliefs on social media. Before being arrested Alexander was violently beaten by a mob, and throughout his sentence hardline organisations called for him to be executed. A report from the advocacy group Christian Solidarity Worldwide on threats to pluralism in Indonesia ominously warns that “this case is an example of what can happen if a person publicly declares their belief in atheism.”

Recently several young people in Egypt have faced a similar plight, including twenty-seven year old Alber Saber who was convicted of setting up an atheist web page, and twenty-one year old Karim Ashraf Mohamed al-Banna who was convicted for writing about atheism on Facebook. Both were sentenced to three years in Egypt’s notorious prisons.

Confronted with these injustices we must not stand by. Moreover we should recognise that the oppression of atheists does not only violate the human rights of people like Fayadh, Alexander, Alber and Karim, but represents a degradation of the fundamental principle that people should be free to hold their own beliefs without fearing for their life or liberty. History has shown time and time again that when one minority group is oppressed with impunity, others soon face the same fate.

Encouragingly the UK government has made a commitment to “stand up for the freedom of people of all religions – and non-religious people – to practise their beliefs in peace and safety.” When Catholic MPs Margaret Ritchie and John McNally spoke in parliament following the killing of Faisal Abedin Deepan, Foreign Office minister Hugo Swire joined in condemnation and called on the government of Bangladesh to protect free expression.

The Catholic community in England and Wales has a role to play in ensuring that the government maintains this position and continues to speak out when people are imprisoned, tortured or killed on account of their atheism. Doing so will not only be a practical expression of solidarity with those suffering the most appalling persecution, but will also promote freedom of religion or belief as a universal right to the benefit of all.