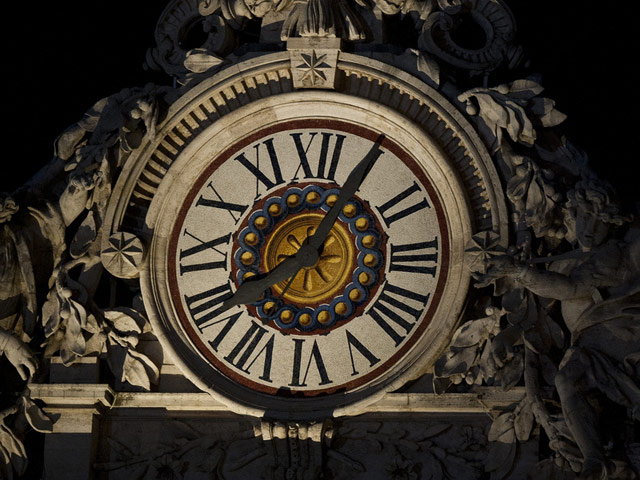 The Pope emeritus, Benedict XVI, is temporarily residing at Castel Gandolfo, in the palace used by Popes as a summer retreat. When renovations on the monastery inside the walls of Vatican City are complete, Benedict XVI will take up residence there. Though he has renounced the office of Bishop of Rome, along with all its powers and responsibilities, the Pope emeritus keeps the name he took at the beginning of his reign: Benedict XVI. He also continues to be styled, His Holiness.

Fr James J. Conn, SJ, who is Professor of Canon Law at Rome’s Pontifical Gregorian University, spoke with Vatican Radio about a series of issues relating to the laws governing the transition, including what happens when the See of Peter becomes vacant: the so-called period sede vacante:

“This Latin ablative absolute, which is exactly equivalent in Italian, means, literally, ‘the chair being empty’. In the Church and its canon law, it describes the vacancy of an episcopal chair or ‘see’ occasioned by a bishop’s death, transfer, or accepted resignation. The law makes provision for the ordinary administration of a vacant local church or diocese through the appointment by the Holy See of an apostolic administrator or the election by the diocesan consultors of a diocesan administrator. There is an age-old principle that governs the sede vacante. It says: sede vacante nihil innovetur, which means, ‘when the see is vacant, let no innovations be made.’ In other words, nothing extraordinary should be done that would prejudice the next incumbent’s freedom.

“What is special about a vacancy of the See of Peter? First of all, as in the case of Pope Benedict, a Pope’s resignation from office must be accepted by no other authority. Second, the administration of the Apostolic See is entrusted not to a single administrator, but to the College of Cardinals. Nevertheless, the same principle of ‘no innovations’ holds.”

You can listen to Fr Conn’s remarks in the audio clip in the top right corner of this page.

His holiness Benedict XVI issued an Apostolic letter motu proprio on Monday, in which he introduced a series of modifications to the laws governing the period sede vacante and the election of a new Bishop of Rome. The new Motu proprio replaces certain of the numbered paragraphs and/or sections of the text of the governing document, Universi Dominici gregis (UDG). Below are the principal highlights of the legislation.

By a modification to paragraph n. 37 of UDG

: Pope Benedict XVI allows for the College of Cardinals to begin the Conclave before fifteen days have passed from the beginning of the period sede vacante, provided that all voting Cardinals are present. The modification also provides that the Conclave must begin no more than twenty days after the beginning of the sede vacante, even if all the electors are not present.

By a modification to paragraph n. 48

: The oath of secrecy is extended to the individuals mentioned in Paragraph 55,2, among whom are the two “trustworthy technicians” who have the task of assisting the competent officers of the College in assuring that no audio-visual equipment for recording or transmitting has been installed by anyone in the areas mentioned, and particularly in the Sistine Chapel itself, where the acts of the election are carried out.

By a modification to the text of paragraph 55,3

: The punishment for any violation of the oath of secrecy is to be excommunication latae sententiae
(the old text provided for “grave penalties according to the judgment of the future Pope”).