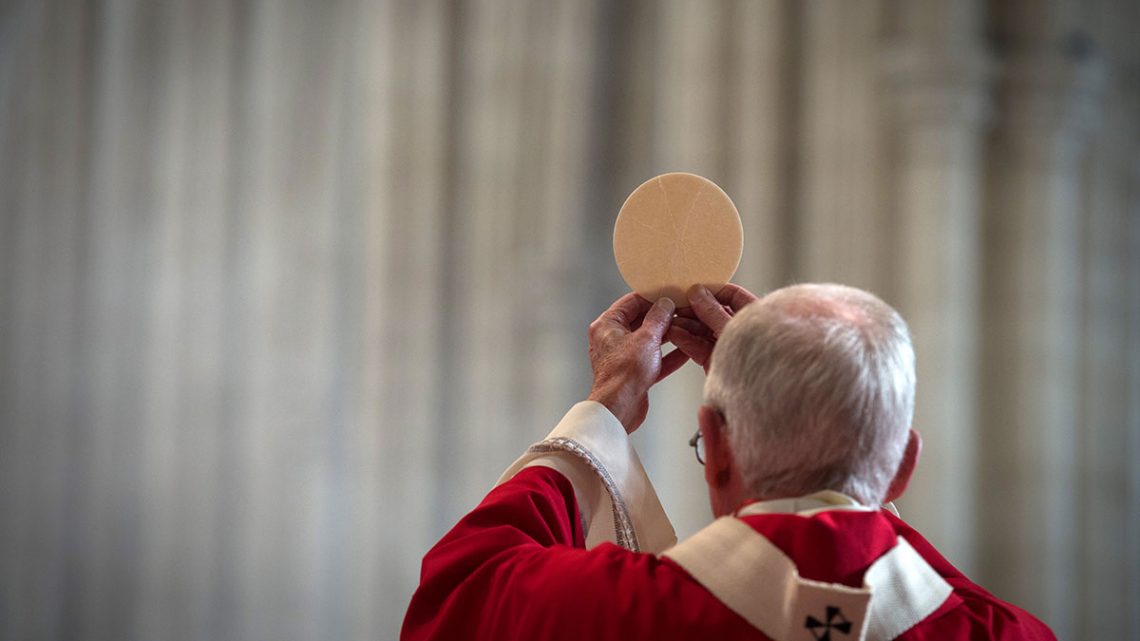 The Pope has written an Apostolic Letter to the people of God on the liturgy, to recall the profound meaning of Eucharistic celebrations as it emerged from the Council and to encourage liturgical formation.

Pope Francis published “Desiderio desideravi” on Wednesday, which includes 65 paragraphs elaborating on the results of the February 2019 plenary of the Dicastery of Divine Worship and follows the motu proprio “Traditionis custodes.“

The Pope’s Apostolic Letter reaffirms the importance of ecclesial communion around the rite that emerged from the post-conciliar liturgical reform. It is not a new instruction or a directive with specific norms, but rather a meditation on understanding the beauty of liturgical celebration and its role in evangelization. It concludes with an in appeal: “Let us abandon our polemics to listen together to what the Spirit is saying to the Church. Let us safeguard our communion. Let us continue to be astonished at the beauty of the Liturgy” (65).

The Christian faith, Pope Francis writes, is either an encounter with the living Jesus or it is not.

The Liturgy guarantees for us the possibility of such an encounter. For us a vague memory of the Last Supper would do no good. We need to be present at that Supper.

Recalling the importance of Vatican II’s constitution “Sacrosanctum Concilium,” which led to the rediscovery of the theological understanding of the liturgy, the Pope adds,” I want the beauty of the Christian celebration and its necessary consequences for the life of the Church not to be spoiled by a superficial and foreshortened understanding of its value or, worse yet, by its being exploited in service of some ideological vision, no matter what the hue” (16).

After warning against “spiritual worldliness” and the Gnosticism and neo-Pelagianism that fuel it, Pope Francis explains that “Participating in the Eucharistic sacrifice is not our own achievement, as if because of it we could boast before God or before our brothers and sisters” and that “the Liturgy has nothing to do with an ascetical moralism. It is the gift of the Paschal Mystery of the Lord which, received with docility, makes our life new. The cenacle is not entered except through the power of attraction of his desire to eat the Passover with us” (20).

To heal from spiritual worldliness, we need to rediscover the beauty of the liturgy, but this rediscovery “is not the search for a ritual aesthetic which is content by only a careful exterior observance of a rite or is satisfied by a scrupulous observance of the rubrics. Obviously, what I am saying here does not wish in any way to approve the opposite attitude, which confuses simplicity with a careless banality, or what is essential with an ignorant superficiality, or the concreteness of ritual action with an exasperating practical functionalism” (22).

The Pope explains that “every aspect of the celebration must be carefully tended to (space, time, gestures, words, objects, vestments, song, music…) and every rubric must be observed. Such attention would be enough to prevent robbing from the assembly what is owed to it; namely, the paschal mystery celebrated according to the ritual that the Church sets down. But even if the quality and the proper action of the celebration were guaranteed, that would not be enough to make our participation full.” In fact, if “astonishment at the fact that the paschal mystery is rendered present in the concreteness of sacramental signs, we would truly risk being impermeable to the ocean of grace that floods every celebration.” (24). This amazement, the Pope clarifies, has nothing to do “the vague expression ‘sense of mystery’ [which is] sometimes among the presumed chief accusations against the liturgical reform.” The amazement of which the Pope speaks of is not a kind of bewilderment before an obscure reality or an enigmatic rite, but is, “on the contrary, marvelling at the fact that the salvific plan of God has been revealed in the paschal deed of Jesus” (25).

Living liturgy to the fullest

How, then, can we regain the ability to live liturgical action in its fullness? In the face of the bewilderment of post-modernity, individualism, subjectivism and abstract spiritualism, the Pope invites us to return to the great conciliar constitutions, which are not separable from one another.

He writes that “it would be trivial to read the tensions, unfortunately present around the celebration, as a simple divergence between different tastes concerning a particular ritual form. The problematic is primarily ecclesiological.” (31)

Behind the battles over the rite, in short, lie different conceptions of the Church. The Pope points out he does not see how it is possible to say that one recognizes the validity of the Council, and at the same time not accept the liturgical reform born out of Sacrosanctum Concilium.

He insists on the importance of formation, first of all in seminaries: “A liturgical-sapiential plan of studies in the theological formation of seminaries would certainly have positive effects in pastoral action. There is no aspect of ecclesial life that does not find its summit and its source in the Liturgy. More than being the result of elaborate programs, a comprehensive, organic, and integrated pastoral practice is the consequence of placing the Sunday Eucharist, the foundation of communion, at the centre of the life of the community. The theological understanding of the Liturgy does not in any way permit that these words be understood to mean to reduce everything to the aspect of worship. A celebration that does not evangelize is not authentic, just as a proclamation that does not lead to an encounter with the risen Lord in the celebration is not authentic. And then both of these, without the testimony of charity, are like sounding a noisy gong or a clanging cymbal” (37).

The Pope further highlights the need to educate in the understanding of symbols, which is increasingly difficult for the modern person. One way to do this is to care for the “art of celebrating”, which “cannot be reduced to only a rubrical mechanism, much less should it be thought of as imaginative — sometimes wild — creativity without rules. The rite is in itself a norm, and the norm is never an end in itself, but it is always at the service of a higher reality that it means to protect.” (48) The art of celebrating cannot be learned by “frequenting a course in public speaking or in persuasive techniques of communication”, it requires “a diligent dedication to the celebration, allowing the celebration itself to convey to us its art” (50).

“Among the ritual acts that belong to the whole assembly, silence occupies a place of absolute importance” which “moves to sorrow for sin and the desire for conversion. It awakens a readiness to hear the Word and awakens prayer. It disposes us to adore the Body and Blood of Christ” (52).

Liturgy about Christ, not celebrant

Pope Francis then observes that in Christian communities their way of living out the celebration “is conditioned — for better or, unfortunately, for worse — by the way in which their pastor presides in the assembly” and he lists several “models” of inadequate presiding, albeit of contrasting features: “rigid austerity or an exasperating creativity, a spiritualizing mysticism or a practical functionalism, a rushed briskness or an overemphasized slowness, a sloppy carelessness or an excessive finickiness, a superabundant friendliness or priestly impassibility.”

These are all models that have a single root: “a heightened personalism of the celebrating style which at times expresses a poorly concealed mania to be the centre of attention” (54), amplified when celebrations are broadcast online. Whereas, “to preside at Eucharist is to be plunged into the furnace of God’s love. When we are given to understand this reality, or even just to intuit something of it, we certainly would no longer need a Directory that would impose the proper behaviour” (57).

Concluding his Apostolic Letter, Pope Francis asks “all bishops, priests, and deacons, the formators in seminaries, the instructors in theological faculties and schools of theology, and all catechists to help the holy people of God to draw from what is the first wellspring of Christian spirituality,” reaffirming what is established in “Traditionis custodes” so that “the Church may lift up, in the variety of so many languages, one and the same prayer capable of expressing her unity,” and this single prayer is the Roman Rite that resulted from the conciliar reform and was established by the saintly pontiffs Paul VI and John Paul II. 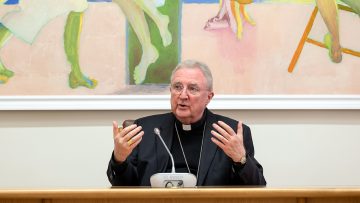