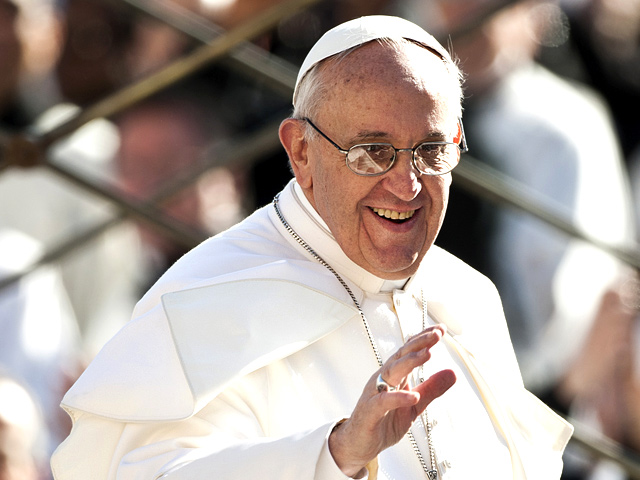 Vatican » » Pope looks to Mary in his message f...

Pope Francis in 2014 is commending the 22nd World Day of the Sick to the intercession of Mary, so that she will help sick people to live their own suffering in communion with Jesus Christ.

The theme for this world day is Faith and charity: ” We too must give our lives for the brethren” and in his message to mark this occasion, the Holy Father turns his attention especially to the sick and all those who provide them with care and treatment. The Pope begins his five point message by saying “the Church sees in you, dear sick people, the special presence of the suffering Christ and he goes on to say that God gives us the courage to face each adversity with him and united to Him

In his second point, Pope Francis underlines the fact that although the Son of God made man has not taken away human disease and suffering, he has taken them on to himself, transforming and reducing them because, as the Holy Father explains, they no longer have the last word.The true test of faith in Christ, continues the Pope is the gift of oneself to spread the love for one’s neighbour, especially for those who do not deserve it , for those who suffer, and for those who are marginalized.

She, Pope Francis says, is the Mother of Jesus and our Mother, attentive to the voice of God and the needs and difficulties of his children. Concluding his message the Holy Father turns to the figure of St. John, the disciple who was with Mary at the foot of the Cross.

It is this Saint, he stresses, that takes us back to the source of faith and charity, to the heart of God who ” is love” and he reminds us that we cannot love God if we do not love our neighbour.

The full message released by Pope Francis can be found in the top right-hand corner of this page.