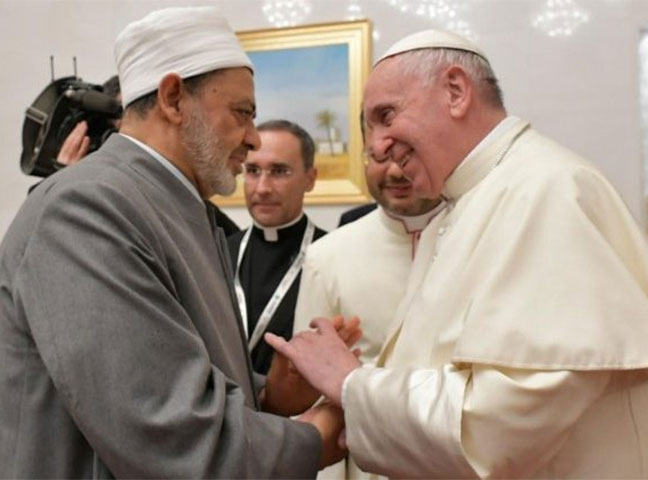 It’s certainly not the first time Pope Francis engages in dialogue with the Muslim world.

He has been welcomed by Jordan’s King in Amman and visited some of Islam’s most sacred sites, including the Al-Aqsa mosque in the Holy Land and the Blue Mosque in Turkey. He has travelled as a pilgrim of peace to Albania, Azerbaijan, Egypt, and the Central African Republic where he inaugurated the Year of Mercy.

When former Vatican Press Office Director, Greg Burke, who had a talent for putting things in a nutshell, announced the Pope’s visit to the United Arab Emirates, he simply pointed out the fundamental importance the Pope gives to interreligious dialogue and described this visit as a “perfect example of the culture of encounter”.

Here, too, the Pope visits a beautiful Mosque and share his vision of peace and brotherhood with religious leaders; yet again he will deliver a long and beautiful speech to participants at a top level conference on Human Fraternity, and possibly even sign a joint statement which will undoubtedly contain a pledge to continue to promote dialogue and mutual understanding between the followers of both religions.

As the UAE showcases its achievements and celebrates its own culture of tolerance, it is clear to all that Pope Francis is continuing to walk his own prophetic path with determination.

Today that path has brought Pope Francis to Abu Dhabi. The next milestone is not far ahead: Morocco in March 2019.