Pope Francis in Assisi for World Day of Prayer for Peace 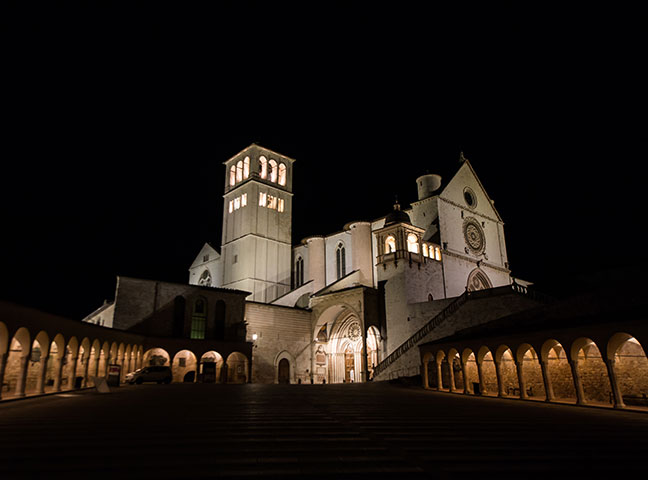 Pope Francis has landed in Assisi, the hilltop town in central Italy where Saint Francis was born.

His one day visit to Assisi sees him taking part in the closing of the interreligious World Day of Prayer for Peace, organized by the Community of Sant’Egidio. The theme of the 3-day international meeting this year is “Thirst for Peace. Religions and Cultures in Dialogue”.

This year marks the 30th anniversary of the First World Day of Prayer for Peace that St. John Paul convened back in 1986, an historic event which saw world leaders of different religions come together for the very first time to pray for peace.

The Pope has traveled to Assisi by helicopter and after his landing near the Basilica of St Mary of the Angels where Bishop Domenico Sorrentino of Assisi and the local authorities greeted him, the Pope travels by car to the Holy Convent of Assisi.

Here he is welcomed by Father Mauro Gambetti, Custodian of the Holy Convent, the Ecumenical Patriarch of Constantinople, Bartholomew I, a Muslim reprepresentative, Dr Justin Welby, Archbishop of Canterbury, the Syro-Orthodox Patriarch of Antioch, Efrem II, a Jewish representative and the Supreme Head of Tendai Buddhism (Japan). They then move to the Cloister of Sixtus IV where the representatives of Christian denominations and World Religions are waiting.

Pope Francis will greet all participants at the World Day of Prayer for Peace before having lunch in the refectory of the Holy Convent that also will be attended by several war victims and refugees.

During the afternoon Pope Francis meets individually with the following: Bartholomew I, a Muslim representative, Archbishop Justin Welby, Patriarch Efrem II and a Jewish representative.

A closing ceremony is schedule to take place at 5.15pm in St. Francis Square with messages read by Pope Francis, by a victim of war, Patriarch Bartholomew I, a Muslim representative, a Jewish representative, Japanese Buddhist Patriarch and by Professor Andrea Riccardi, Founder of the Sant’Egidio Community.

A Letter appealing for peace will be handed to children from various countries followed by a moment of silence for the victims of war, the signing of an Appeal for Peace and the lighting of two candles, and the exchange of a sign of peace

Pope Francis is scheduled to depart from Assisi at 6.30pm and arrive back at the Vatican City Heliport 1 hour later.