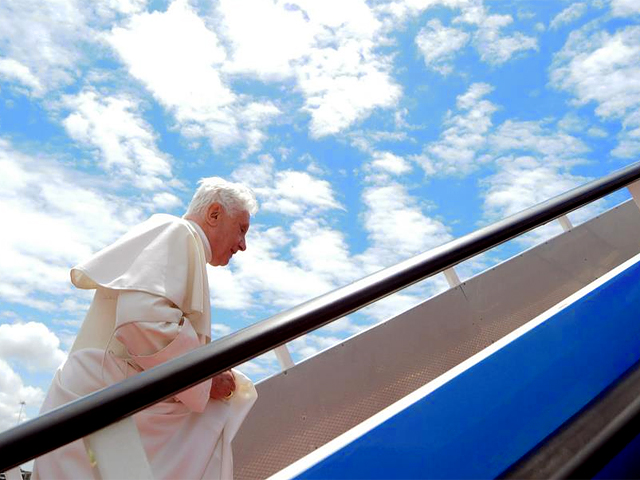 Pope Benedict XVI has sent a telegram to Her Majesty Queen Elizabeth II and the people of the United Kingdom as he flies over UK airspace to Mexico for the first leg of his Latin American trip.

In the short message, the Holy Father assures the British people of “a special remembrance in my prayers”.

Pope Benedict wrote to the the heads of state of the countries he was scheduled to fly over as he made his way to South America.

As well as the UK, the Holy Father sent telegrams to Italy, France, Ireland, Greenland (Denmark), Canada, and the United States.

Message to the United Kingdom

As my journey to Mexico and Cuba takes me over the United Kingdom, I avail myself of the occasion to send cordial greetings to Your Majesty and to assure you and all the British people of a special remembrance in my prayers.

vatican.va
Keep up to date the the Holy Father’s official homilies and messages during his trip to Mexico and Cuba