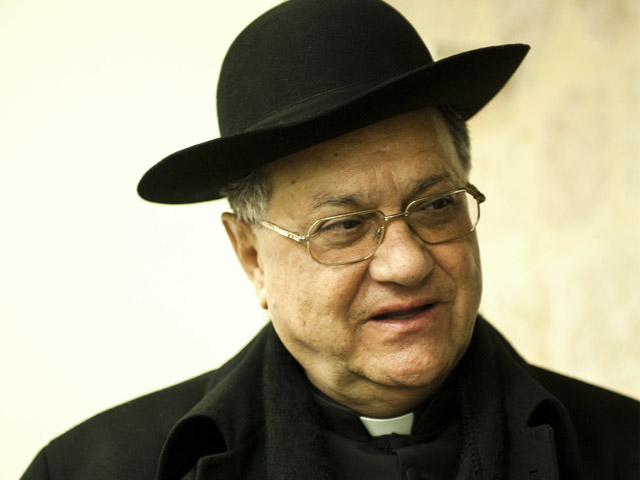 The Latin Patriarch of Jerusalem, His Beatitude Fouad Twal, has welcomed an international delegation of bishops to the Holy Land, expressing his ‘profound gratitude’ for their solidarity as the region and its Christian communities experience intense pressure.

“The entire Middle East is experiencing a deep historical shift and undergoing radical changes that affect our present and our future. We, the spiritual leaders cannot simply stand and watch. With the grace of God and with the support of people of goodwill around the world, we can build bridges that unite rather than walls that divide.

“You hear about the conflicts, the many serious acts of provocation and tension still running high every day. The prospect of a political solution to the Palestinian-Israeli question remains distant, with the two sides still very far apart. The leaders of all the Christian churches of the Holy Land issued a joint statement calling for a two-state solution standing by a position that the Vatican has long maintained.”

Patriarch Twal reflected on an eventful 2011 and highlighted the issues impacting on the Holy Land. In particular, he pointed to the influx of Catholic migrant workers and asylum-seekers to the region and the resulting duty of care:

“As a Church, ‘We are seriously concerned about the condition of migrants in the Middle East, especially women. Many find themselves in difficult situations that even undermine their dignity.'”

Patriarch Twal also referred to a conference held in London last July, jointly organised by the Archbishops of Westminster and Canterbury, that focused on the plight of the Christian communities in the Middle East.