Novices and priests on the rise 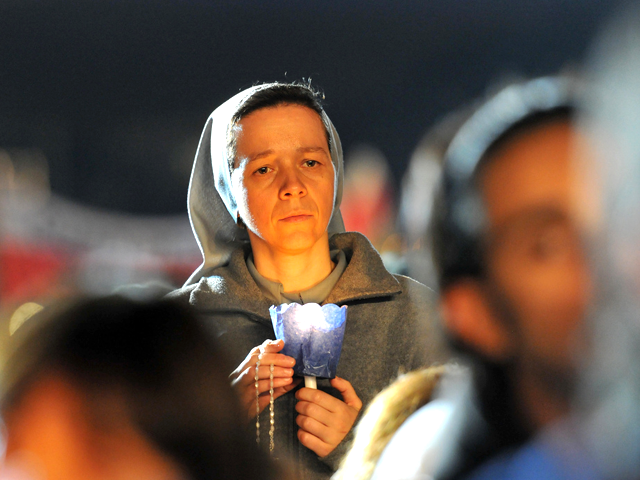 CBCEW » Vocation » » Novices and priests on the rise

Entry to religious orders has continued to rise in England and Wales during 2012. For the third year running, the number of women entering religious communities has grown and this year has seen a noticeable increase in the number of men joining as well. The rise in men and women entering is across a wide variety of different orders, some of whom have not had novices for many years. 1”


“In recent years, some orders have reorganised their approach to vocations,” commented Sr Cathy Jones, Religious Life Promoter at the National Office for Vocation. “They now offer people opportunities to discover their vocation with more stepping stones along the way. Younger people find this approach particularly helpful.”

Last year also saw the highest number of ordinations to the diocesan priesthood in nearly ten years, with 31 priests ordained for the dioceses of England and Wales. 2”


Looking ahead, the number of ordinations should rise again in the current year. In July, for example, the Archdiocese of Southwark could see the ordination of five new priests, with three of them in their twenties and one from an ethnic minority. In Birmingham, they are expecting six ordinations to the priesthood this year compared to three last year. Fr Paul Moss, the Vocations Director in Birmingham said:

“I’m very pleased with the increase in ordinations and those who are expressing an interest in serious discernment. A priestly vocation is never manufactured but always an answer to prayer.”

This Sunday, 21 April, marks Vocations Sunday – the day in the Church’s year dedicated to prayer for priests and religious.

For more information, including posters and prayer cards:

1”
The total number of men and women entering religious orders has been rising in recent years. There were 29 in 2010 rising to 36 in 2011 and 53 in 2012. Click for full statistics, including a breakdown of men and women.

2”
That figure does not include those former Anglican clergy ordained for the Ordinariate of Our Lady of Walsingham nor does it include those ordained for religious orders. The entrants to diocesan seminary more than doubled between 2001 and 2010 (from 21 to 44). Numbers have since stabilised with variations from year to year and in different dioceses. Full statistics are available here. Because of this rise in the last decade, and because selection for seminary is a thorough process of discernment, more men who enter are completing formation and therefore ordinations are rising.

Bishop Mark O’Toole invites priests to look back on their ordination day “with a sense of deep joy”.