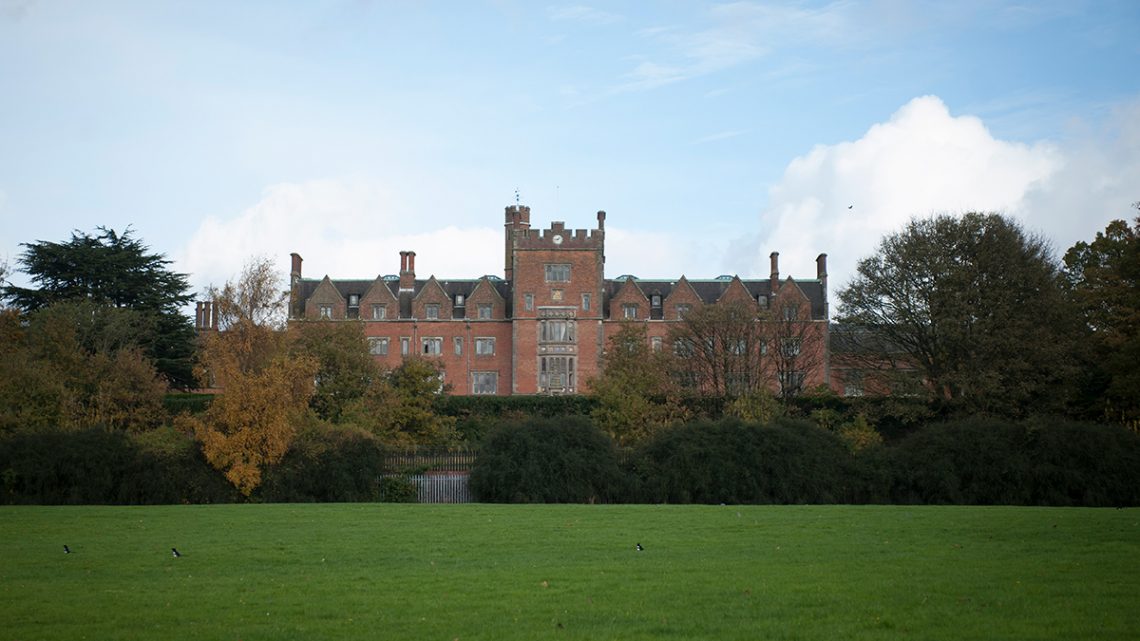 Archbishop Bernard Longley is delighted to announce that Fr Giles Goward has been appointed the new Rector of St Mary’s College, Oscott.

Fr Giles, a priest of the Archdiocese of Birmingham and currently Pastoral Director at Oscott, will take up his appointment on Sunday 28 June 2020

He will be responsible for the formation of students for the priesthood from more than twenty dioceses and Religious Orders from across the UK.

St Mary’s College, Oscott is the Seminary of the Archdiocese of Birmingham and serves the Catholic Church in England, Wales and Scotland. It currently has 43 seminarians training for the priesthood and 32 candidates for the permanent diaconate.

Fr Giles takes over from Acting Rector Fr Paul Keane, who took the helm when the former Rector, Canon David Oakley, became the Bishop of Northampton earlier this year.

Fr Giles admits he never thought he would be asked to join the list of Presidents and Rectors stretching back over Oscott’s 226-year history.

“If I am honest I consider myself very unworthy to do so and I am humbled to join a line of succession which includes the names of men marked by holiness, vision and apostolic zeal,” said Fr Giles.

“However, Archbishop Bernard Longley has asked me to do so, and I only hope that I can repay the confidence he has placed in me.

“My first hope and prayer is that this dreadful pandemic, which is keeping us all apart and has caused so much suffering and misery, will be beaten. Then we can come together once again as a physical community rather than a virtual one.

“Please do pray for me that I will become all those things the seminarians have been asking God to give us in a new Rector.

“The work of forming men for the priesthood and diaconate has changed in so many ways since the first Church Students arrived at the College in May 1794. We are called to exercise our ministry in a world they would not recognise. Though many things have changed, some things remain constant, chiefest amongst them being the unchangeable God who calls us to share in this great work of formation.”

“I am very grateful to Fr Giles for accepting this appointment with the enthusiasm and generosity of spirit which will be familiar to all those who already know him. Fr Giles brings considerable experience as a pastor and formator to his new role. I know that his colleagues on the staff and all the seminarians at Oscott will welcome him warmly.

“I wish to thank Fr Paul Keane for his leadership within the Seminary community over recent months as Acting Rector. I thank the Seminary community at Oscott, all the members of staff together with the seminarians, for the dedicated and imaginative ways in which they have continued the work of formation in all its dimensions during the recent coronavirus pandemic.

“I know what a great joy it will be when the Seminary can at last re-assemble at St Mary’s College with its new Rector. Please keep Fr Giles in your prayers as he prepares to take up his new responsibilities over the coming weeks.”

He was received into Full Communion with the Catholic Church on 24 May 1993 by Archbishop Maurice Couve de Murville.

Fr Giles was ordained Deacon at Oscott in June 1995, and ordained a priest at St Chad’s Cathedral in July 1995.

During his time within the Archdiocese he has served as Assistant Priest in Newcastle-under-Lyme; as the Archbishop’s Secretary; Parish Priest in Worcester, and also in Caversham.

He has held the roles of Pastoral Director, Formation Tutor and Director for the Permanent Deacon Programme at Oscott since 2013.