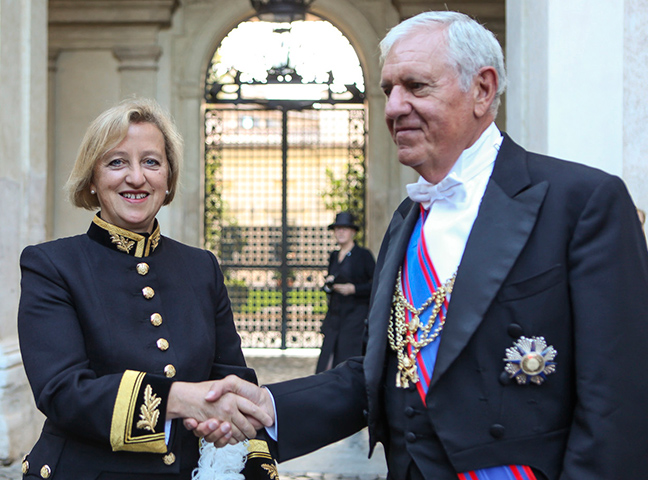 On 19 September 2016, Mrs Sally Jane Axworthy MBE, presented her Letters of Credence to His Holiness Pope Francis, accrediting her as Her Majesty’s Ambassador to the Holy See.

“It will be a great privilege to continue to build on the excellent relations between the United Kingdom and the Holy See, and the many core values that we share. Pope Francis is one of the most, if not the most, respected international leader. People pay attention to what he is saying and doing, and it is important that we engage with him and the global Holy See network”.

“We share a common agenda with the Holy See and the Catholic network. It’s very relevant to many of the concerns that the world is currently facing: from conflict prevention to dialogue between faiths, freedom of religion or belief, international development, climate change, defeating modern slavery and ending sexual violence in conflict”.