Mass for the Repose of the Soul of King Richard III 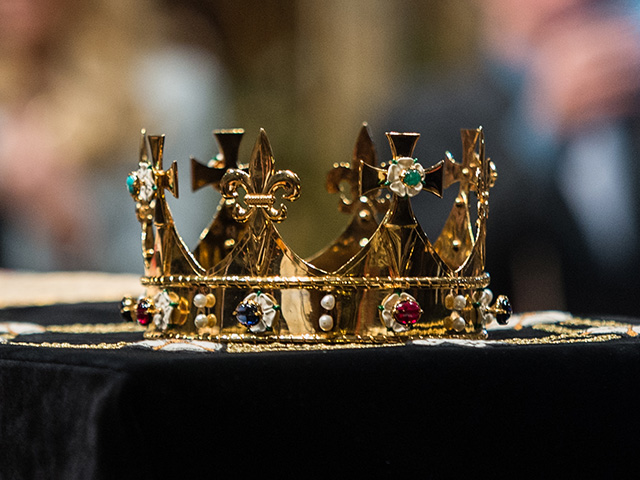 The Mass is the principal act of Catholic worship. Any Mass that is celebrated for the repose of the soul of a deceased person can be known as a ‘Requiem Mass’, and Richard III himself established that Masses were to be celebrated for the dead of both sides of the Battle of Towton in 1461. It is not necessary for the mortal remains of a person to be present for Mass to be offered for them.

Cardinal Vincent Nichols, the Archbishop of Westminster and President of the Catholic Bishops’ Conference of England and Wales, will be Celebrant of the Mass; Bishops and priests from across England & Wales will concelebrate with him, and the Mass will be attended by several hundred people.

Cardinal Nichols will wear a chasuble, the vestment worn by priests during the celebration of Mass, that dates from the time of Richard III and which could well have been worn by priests during Masses attended by him. Known as the ‘Westminster vestment’, it was probably made in the third quarter of the fifteenth century, and today forms part of the heritage collection of Ushaw College, a former Catholic seminary for the training of priests near Durham.

The biblical readings will be taken from the Book of Wisdom 3:1-9 (‘The souls of the virtuous are in the hands of God… Those who are faithful will live with him in love; for grace and mercy await those he has chosen.’) and the Gospel according to Saint John 14:1-6 (‘There are many rooms in my Father’s house… I am going now to prepare a place for you.’).

Cardinal Nichols will preach the homily, a reflection on the biblical readings. In it, he will speak of the importance of celebrating Mass for the repose of the soul of our loved ones and praying for all who have died, commending them to the love and mercy of God and our role as builders of the Kingdom of God today:

“Richard was a man of anxious devotion who kept and marked his own book of prayers and who must have attended Mass throughout his life.”

“Richard was not a man of peace. The times in which he lived and the role into which he was born did not permit that. But now we pray for his eternal peace.”

“This evening we pray that the merciful judgment of our loving God is extended to [Richard III] in every degree, for we know that it is only the gift of God’s mercy that protects us from the demands of God’s justice.”

“We offer this holy Mass that even while his remains are lying in the Cathedral nearby, his soul is united with God in the glory of heaven there to await the final resurrection of all things in Christ. This was the hope he held in his heart. This is the hope we hold for ourselves, and our loved ones too. We share this one hope, and the faith and love which accompany it. In this grace we pray for this dead King and we pray that the kingship in Christ, given to us all, may truly guide our lives and make us builders of that eternal Kingdom here in our world today.”

As well as congregational chants and hymns, there will be pieces sung by the Choir of Saint Barnabas’ Cathedral, the Cathedral of the Diocese of Nottingham, the choir of Holy Cross Priory and the choir of English Martyrs’ Catholic School, Leicester. The music has been selected from a range of composers from across the British Isles and from the plainsong tradition, which characterizes the daily life and prayer of the Dominican friars of Holy Cross Priory.

Prayers will be said for Richard III, that he may rest in peace; for the unity of all Christians; for the Queen and all who hold public office; for all who are in need; and for all who have died in warfare. Pupils from Saint Paul Catholic School, Leicester will lead some prayers and pupils from Holy Cross Catholic Primary School, Leicester will present the offerings of bread and wine for the celebration of Mass.

Richard III lived and died as a Catholic, and the Catholic Diocese of Nottingham and the Anglican Diocese of Leicester have worked together very closely in preparing the various liturgies that are marking his re-interment. The Anglican Bishop of Leicester, Rt Rev Tim Stevens, and the Dean of Leicester, Very Rev David Montieth, will be present at the Mass, along with clergy and representatives of various Christian traditions.

“It’s fitting that, after 530 years, Richard III’s mortal remains are once again laid to rest, this time in Leicester Cathedral, the mediaeval Catholic parish church of Leicester, not far from where they were first buried by the Franciscan friars after the Battle of Bosworth.

“Just as Mass would have been offered for the repose of his soul by the priests who buried him, we do him the same service tonight, asking Almighty God to receive him into the kingdom of heaven with his sins forgiven. May he rest in peace.”

The Dominican friars first reached Leicester around 1247 and returned in 1817, building a church dedicated to the Holy Cross. Holy Cross Priory was founded in 1882. In addition to providing pastoral care for a large city parish, the friars are responsible for the chaplaincies to two universities, Leicester and De Montfort, with the Catholic Chaplaincy based in an annex to the priory itself. The friars are also chaplains to the Leicester Royal Infirmary, and teach at seminaries and institutes of higher learning, such as Blackfriars, Oxford.

The Cardinal’s homily will be available to download later.