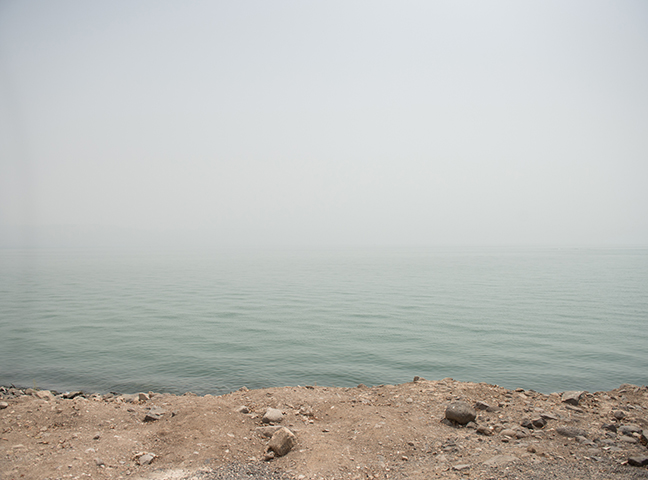 The latest opinion piece from our consultant on the Middle East North Africa (MENA) region, Dr Harry Hagopian looks at the current refugee situation and some of the root causes leading to the European influx. Originally published on NOW (Lebanon).

“We walked off the ferry along the wide, sloping gangplank, and when my feet hit the firm wooden planks of the jetty, I staggered, legs suddenly feeling like jelly. I took Mum’s hand, whispering, ‘Are we really safe here?’”

This short excerpt comes from Alwyn Evans’ first novel, Walk in My Shoes, about the adventures of a family fleeing the atrocities of Afghanistan in order to settle down in Australia. Whilst the first part of the book slowly describes the bumpy road ahead for asylum-seekers and refugees, the characters get decidedly livelier and more optimistic in the second half of the book.

Yet, this poignant story can easily be told by thousands upon thousands of refugees – boat people, land people, camp people, from Syria, Iraq, Libya and elsewhere – who have been escaping the constant danger and remorseless misery in their lives and who are trying to carve out a new – more hopeful – existence in Europe. It is not only Aylan Kurdi who should pinch our consciences. After all, nobody could have really missed out on the images of the young or old braving stubbornly the elements and trying to reach a land that – with some exceptions – was quite chary of their arrival. ‘Why are they coming here and cramping our space’ was on the tongues or in the minds of many Europeans as they struggled hard to choose between human compassion and primal instincts.

Roughly 500,000 people have arrived into the EU this year as they seek sanctuary but also jobs. Either way, they have sparked the biggest refugee emergency in decades. But should we in Europe not have anticipated this influx? After all, how long could we keep a war in Syria burning at such wrathful levels whilst also expecting Lebanon, Jordan and Turkey to bear the crippling brunt of 4 million Syrians who have escaped their country? That in my opinion is the problem when we stray into reactive tactical decisions and forget the broader strategy. We have been unable – reluctant at times – to deal with the war in Syria and we are now also unable to harness its humanitarian overspill. So we are alas left with a critical situation where Syria is inexorably spinning out of control, where more refugees and economic migrants try to head to the EU borders and where we flex our muscles or exhibit our prowess as we seek ways of coping with those ‘visitors’.

But are those men, women and children temporary visitors or permanent residents? Are they guests such as Turkey characterises them? Or are they refugees as Jordan labels them even though the kingdom has not ratified the 1951 Convention? Or are they brothers and sisters coming into Lebanon and shaking its demographic – and dare I add sectarian – makeup? And we in the EU have already started battening down the hatches as our ministers discuss in Luxembourg and elsewhere the measures that must be taken to ensure the irregular migrants’ effective return.

Today, Europe is challenged by those who fail to obtain asylum or residency and who disappear from the radar to live illegally within the EU. After all, statistics would point out that less than 40% actually go back to their home countries. But the EU does have common asylum rules and legislation for returning people who have not been granted leave to stay in Europe. Yet they have rarely been enforced with any consistency. Not only that, but the 1990 Dublin Convention that establishes a system determining the State responsible for examining the applications for asylum lodged in one of the Member States of the EU is in tatters. Therefore, the EU has resolved to strengthen its visa and fingerprint databases whereby countries will ensure that all decisions to send people home are entered into the Schengen passport-free computer database.

But will these measures truly prove effective even if they address the fears or reservations of some Europeans – real at times but exaggerated more often? I doubt it since the solution is not to get rid of “excess” migrants and asylum-seekers. Rather, it is to dredge up the political determination to deal with the source of the problem in Syria – which we are not necessarily doing – although the country has well and truly crumbled today. Besides, this burden should be shared not only amongst the EU of 28 but also by other countries worldwide in the Levant, in the GCC, in the Americas or elsewhere. And we need to pause for a moment and realise that those hundreds of thousands did not freely leave their kith and kin, let alone their homes and businesses, simply to go to newer pastures. In many cases, they fled the grim reaper – be that an idea or a person.

I fear that the proactive Russian involvement in Syria and its fierce bombardments of different targets or else its alliances with some countries or militias will only make things worse. We have to face the fact that Syria is broken and Russia is only stoking the fire up and making the idea of a united Syria even more of a chimera. I truly wonder sometimes if President Assad, as well as other players from East to West, are really engaged with this existential threat or whether Syria is being carved out into parcels of sectarian influence and political expediency.

I started my piece today with a quotation from Alwyn Evans’ novel. So let me conclude with another one that is perhaps less popular but equally compelling. In his The Goblins of Eros on a mythical revolution, Warren Eyster wrote wryly, “As long as there are people in exile, there will be people who want to get back to their native soil.”

We should all ponder over these words ere we spew out more political tripe or ‘learned’ nonsense!