Invitation from Pope Francis to Pray for World Peace 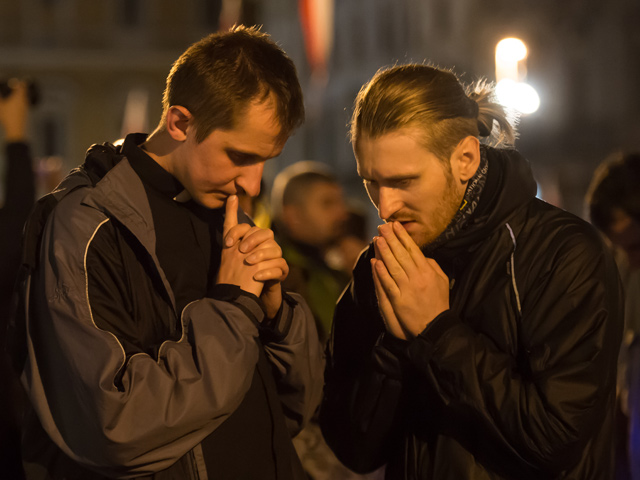 Pope Francis has invited Catholics to join him in prayer for world peace when he meets with Israel’s President Shimon Peres and President of Palestine Mahmoud Abbas in the Vatican this Sunday afternoon.

Sunday is a very special day in the Church’s calendar – it is the Solemnity of Pentecost – celebrated 50 days after Easter and the day that the Holy Spirit descended upon the Church.

This special prayer request from Pope Francis comes via the Apostolic Nuncio to Great Britain, His Excellency Archbishop Antonio Mennini:

“As you know, the Holy Father will be meeting with Presidents Shimon Peres and Mahmoud Abbas in the Vatican on Sunday afternoon, 8 June, the Solemnity of Pentecost. They will be joined by His Holiness, Bartholomew, Patriarch of Constantinople, who shared in Pope Francis’ recent pilgrimage to Jerusalem.

“The purpose of this meeting is a spiritual and fraternal one, as they come together to pray for peace in our world. The Holy Father would like you to pass on his invitation – as soon as possible – to the bishops, priests, religious men and women, and all of the lay faithful, to participate spiritually in this great act of solidarity by uniting themselves in prayer with him on this special day.

“As Pope Francis states, ‘In this way, the invocation for world peace, emanating from the tomb of St Peter, will extend throughout the earth. Let us be confident that the promise of the Lord may be fulfilled: “if two of you agree on earth about anything for which they are to pray, it shall be granted to them by my Heavenly Father”(Mt 18:19).’”

catholicnews.org.uk/prayers-and-politics-israel-palestine
Dr Harry Hagopian’s opinion piece on the Pope’s Pentecost Sunday prayer meeting in Rome with the President of Palestine Mahmoud Abbas, the President of Israel Shimon Peres and Muslim and Christian religious leaders including the Ecumenical Patriarch of Constantinople Bartholomew I.