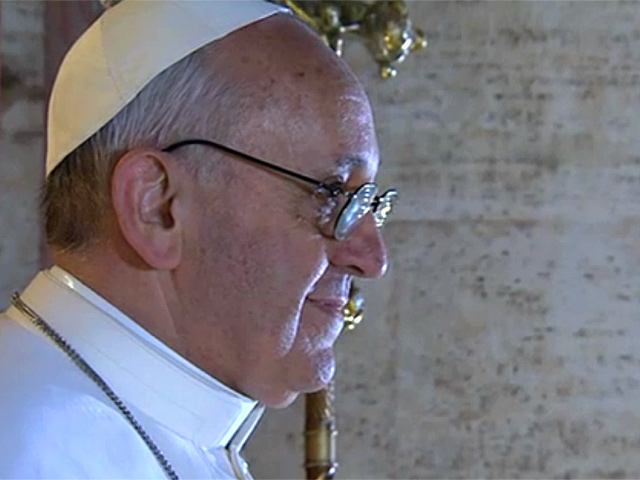 It has been announced to the world that Cardinal Jorge Mario Bergoglio, S.J. has been elected Pope Francis.

Cardinal Proto-Deacon, Jean Louis Cardinal Tauran, announced “Habemus Papam”, “We have a Pope”, from the central balcony at St. Peter’s Basilica before revealing the identity of the 265th Successor of St Peter.

At 6:08pm, UK time, tens of thousands of people in St Peter’s Square cheered as white smoke billowed out of the temporary smokestack protruding from the roof of the Sistine Chapel heralding the news that the 115 Cardinal Electors had chosen the 266th Pope.

Archbishop Vincent Nichols, President of the Catholic Bishops’ Conference of England and Wales expressed his joy at the news:

“On behalf of the Catholic Bishops’ Conference of England and Wales, I wish to express my great joy at the news of the election of Cardinal Jorge Mario Bergoglio, S.J. as the 265th Successor of St Peter and Supreme Pontiff of the Catholic Church.”

“As he begins his new Apostolic ministry, as the Bishop of Rome and Shepherd of the universal Church, Pope Francis may be assured of the prayers and loving support of the Catholic community throughout England and Wales.”

We have a prayer section offering resources to pray for the 266th Bishop of Rome.

Pray for the New Pope

The Gift of a Shepherd