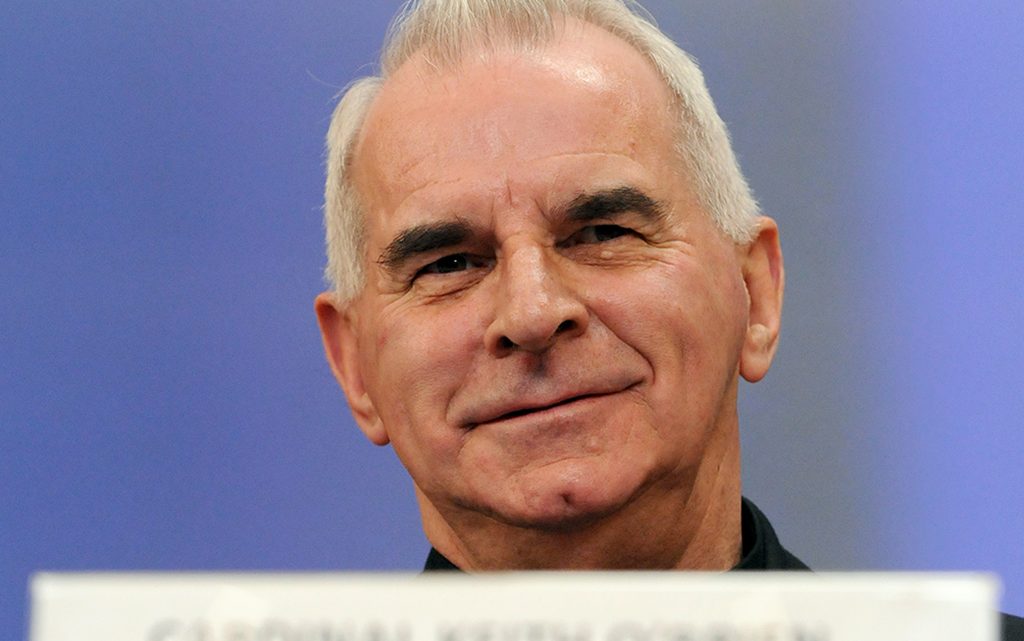 News from the Archdiocese of St Andrews and Edinburgh

At 1am on Monday 19 March 2018, His Eminence Keith Patrick Cardinal O’Brien, Archbishop Emeritus of St Andrews & Edinburgh, died at the Royal Victoria Hospital in Newcastle-upon-Tyne surrounded by family and friends and fortified by the rites of Holy Church. Requiescat in pace. He was 80 years old.

“In life, Cardinal O’Brien may have divided opinion – in death, however, I think all can be united in praying for the repose of his soul, for comfort for his grieving family and that support and solace be given to those whom he offended, hurt and let down. May he rest in peace.”

Following a series of allegations relating to his personal life, Cardinal O’Brien resigned as Archbishop of St Andrews & Edinburgh 25 February 2013 and issued a media release on 3 March 2013 in which he announced his retirement from public life, stating:

“I wish to take this opportunity to admit that there have been times that my sexual conduct has fallen below the standards expected of me as a priest, archbishop and cardinal. To those I have offended, I apologise and ask forgiveness. To the Catholic Church and people of Scotland, I also apologise. I will now spend the rest of my life in retirement. I will play no further part in the public life of the Catholic Church in Scotland.” With the agreement of the Holy See, he subsequently moved to the north of England.

Following an apostolic visitation to Scotland led by Archbishop Charles Scicluna of Malta, the Holy See announced on 20 March 2015 that Pope Francis had “accepted the resignation of Cardinal Keith Patrick O’Brien from the rights and duties of a Cardinal”.

The Holy See Press Office O’Brien stated that Cardinal O’Brien would not take part in future papal elections, act as papal adviser, or take part in Vatican congregations and councils and would lose other roles of a cardinal.