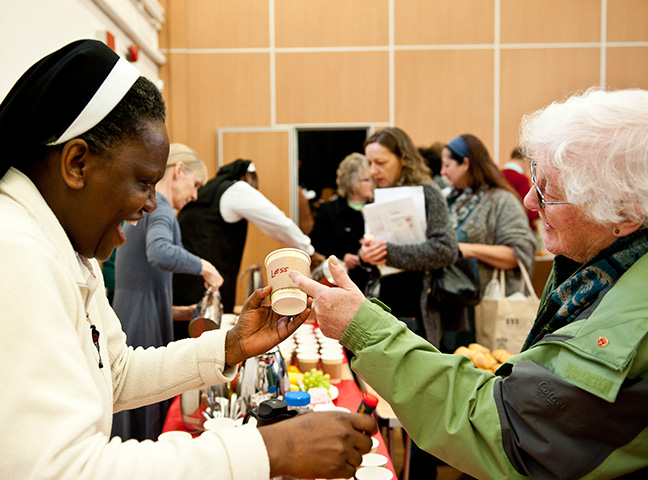 You’ve probably heard of Delia, Gordon, Jamie and others… but there is also a longstanding tradition of fine cooking emanating from the UK’s convent kitchens, and this pancake day an exclusive insight is being offered into some ‘nun inspired’ recipes.

Every “Pancake Day” millions of people the world over don an apron to make delicious treats. But what are the best pancake making techniques, and what’s the spiritual meaning behind this favourite dish?

On 4 March 2014 unique insights will be shared about the best ways to “mix and flip”, and what works best for the finest sugary delights, from our panel of religious sisters. They include:

Discover their inspirational recommendations for a good pancake feast, hear about the deeper meaning of the day and what makes a convent kitchen tick.

The sisters will be featuring on radio stations in England and Wales between Sunday 2 March – Tuesday 4 March.

In the Christian calendar, Pancake Day is also known as Shrove Tuesday, which marks the beginning of Lent. Shrove Tuesday is often called Fat Tuesday or Mardi Gras, and is the day on which Christians traditionally use up all the richer, fatty foods in their kitchen, before the forty days of Lent* begins the next day, on Ash Wednesday.