Cardinal’s letter on Jerusalem and Christians of the Holy Land 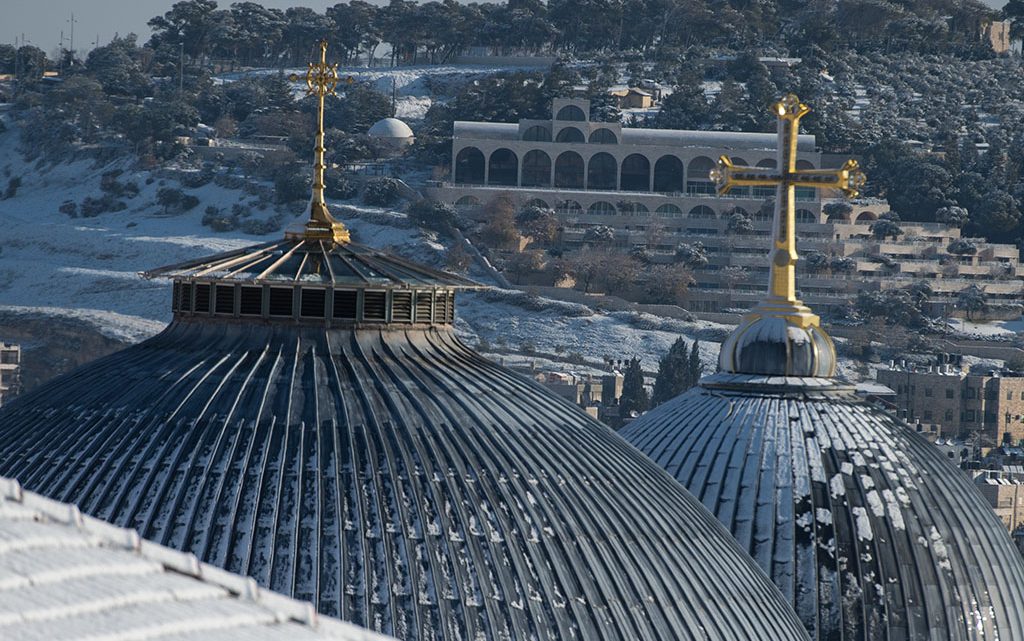 On behalf of the Catholic Bishops of England and Wales, Cardinal Vincent Nichols has written a letter to the Patriarchs and heads of Local Churches in Jerusalem.

Following your letter to President Donald Trump, of 6 December 2017, and on behalf of the Catholic Bishops of England and Wales, I wish to express my solidarity with you and all Christians in the Middle East at this troubling time.

We count ourselves among those who ‘love Jerusalem’ and ‘have every will to work and make it a land and a city of peace, life and dignity for all its inhabitants’.

We are one with you as you write ‘The prayers of all believers in it – the three religions and two peoples who belong to this city – rise to God and ask for peace, as the Psalmist says: “Return to us, God Almighty! Look down from heaven and see!” 980.154). Inspire our leaders and fill their minds and hearts with justice and peace.

We stand at odds with President Trump’s recognition of Jerusalem as the official capital city of the state of Israel and consequent rejection of the consistent position of the United Nations; and we fear that this will increase the already deep-rooted tensions in the city and the wider region.

We also note the undertaking given recently by Prime Minister Netanyahu that in this changing situation Israel will respect the Status Quo agreement. This undertaking must be carried out in order to protect the diverse communities within the city and the integrity of Jerusalem as a whole.

We therefore express our grave concern at the proposed Bill of Church Lands that is currently under consideration in the Israeli Parliament. We stand in solidarity with you against this threat to the long-standing arrangements that allow all faith communities to live together in Jerusalem.

The Bill of Church Lands that has been proposed in the Knesset would grant the State the power to confiscate Church land. This proposal represents an intolerable infringement of the Status Quo and the legitimate rights of the Churches and should be recognised for what it is: an attack on the property rights of the Christian community.

We urge religious and political leaders in the United Kingdom and around the world to join us in speaking out against this threat to religious freedom, which would set a dangerous precedent for other faiths in the Holy Land.

We also request those in authority in Jerusalem to act decisively to stop the actions of radical settler groups that seek to expand their control over properties in Jerusalem to the exclusion of residents of the City who are not Jewish.

We thank His Beatitude Theophilos III for raising these issues on behalf of the Christians in the Holy Land.

As we approach the celebration of the birth of our Lord and Saviour Jesus Christ, and in the light of these heightened tension, we urge all Christians, and all people of good will, not to neglect the struggles that His followers face in the land of His birth.