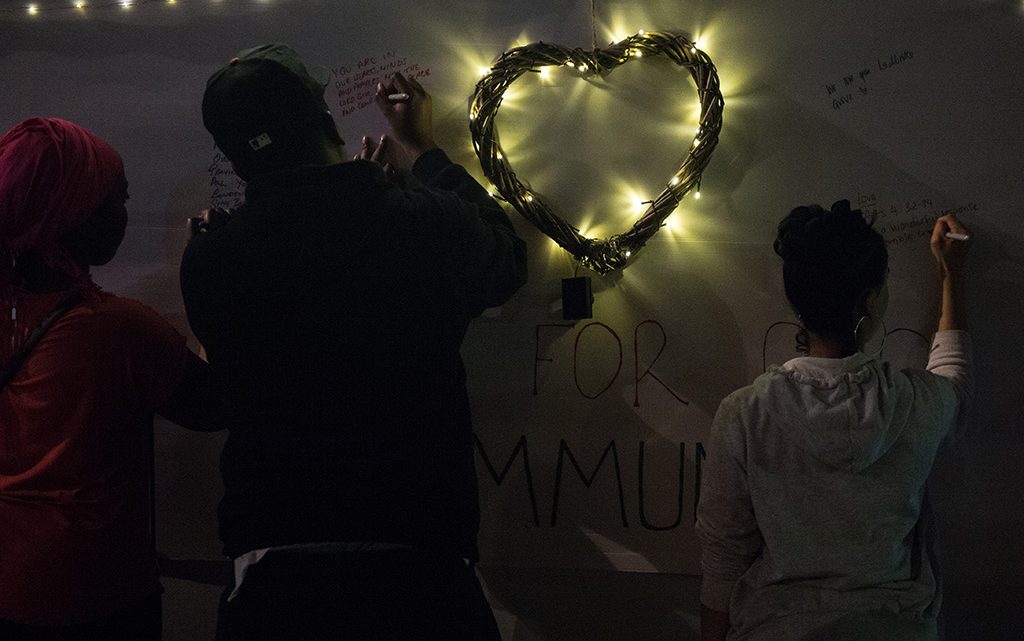 Cardinal Vincent Nichols and Bishop John Wilson have offered prayers for all those affected by the catastrophic fire that broke out in Grenfell Tower, North Kensington, in the early hours of Wednesday 14 June.

He also praised emergency response teams, particularly fire crews who have been working tirelessly to contain and put out the blaze:

“Once again in our city we witness the heroic efforts of our emergency services who responded so quickly. I thank them for all they are doing to help the victims of this devastating fire.”

Bishop John Wilson, Auxiliary Bishop of Westminster who has pastoral oversight of parishes in West London, added his prayers:

“My prayers are with all who have been affected by this fire, especially the victims, their families and friends, and all who are still worried about their loved ones who are unaccounted for. I offer too my heartfelt condolences to the families of those who have died.”

“Faced with yet another major incident in our city, the men and women of our emergency services have demonstrated great resilience and professionalism in the rescue effort. We should be rightly proud of them.”

He added that Catholic parishes in the area, which are all outside the immediate cordon, have offered assistance to those affected by the fire.