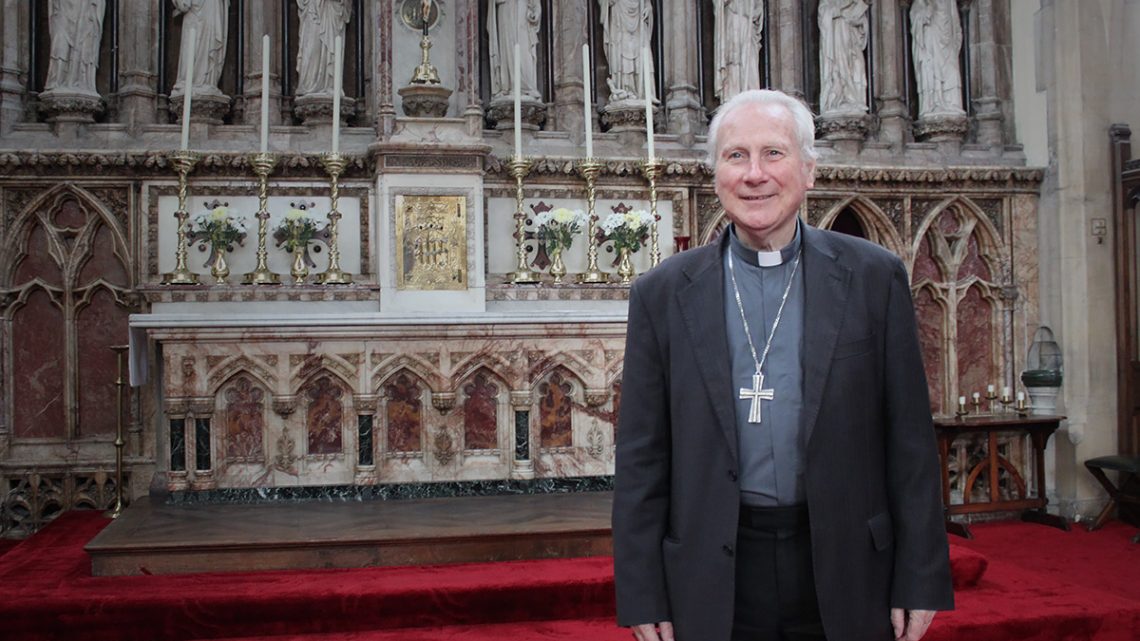 In a little over 24 hours England will have its second Cardinal. On Saturday 5 October 2019, Pope Francis will elevate Archbishop Michael Fitzgerald MAfr to the rank of Cardinal at a Consistory in Rome.

Archbishop Fitzgerald was President of the Vatican’s Pontifical Council for Interreligious Dialogue from 2002 to 2006.

Born in Walsall, Cardinal-designate Fitzgerald was a Vatican expert on Islam and served in the diplomatic corps as Apostolic Nuncio to Egypt and Delegate to the League of Arab States as recently as 2006.

He returned to his native England, more than 50 years after leaving it. Together with three priests from his institute, he took over a parish in Liverpool.

Ahead of the Consistory, you can listen to an interview with Archbishop Fitzgerald who is in conversation with Peter Heneghan from the Archdiocese of Liverpool.

“The Church is always outward-looking. The Church has been created by Jesus as a sign of God’s love for all people.”

“As Pope Paul VI said in his first encyclical ‘Ecclesiam Suam’ the Church has to be in dialogue with all people. It gave different categories, and the second category were those people who believe in God, they don’t have the same faith as us, the Muslims are included in that. So it is part of the Church’s mission to be related to these people.”

“I hope that being a cardinal won’t inhibit other people who perhaps knew me before. I don’t want to make a fuss. I want to be simple, I think that Father Francis is a very good model.”