Cardinal Cormac and the ecumenical legacy of the Vatican Council 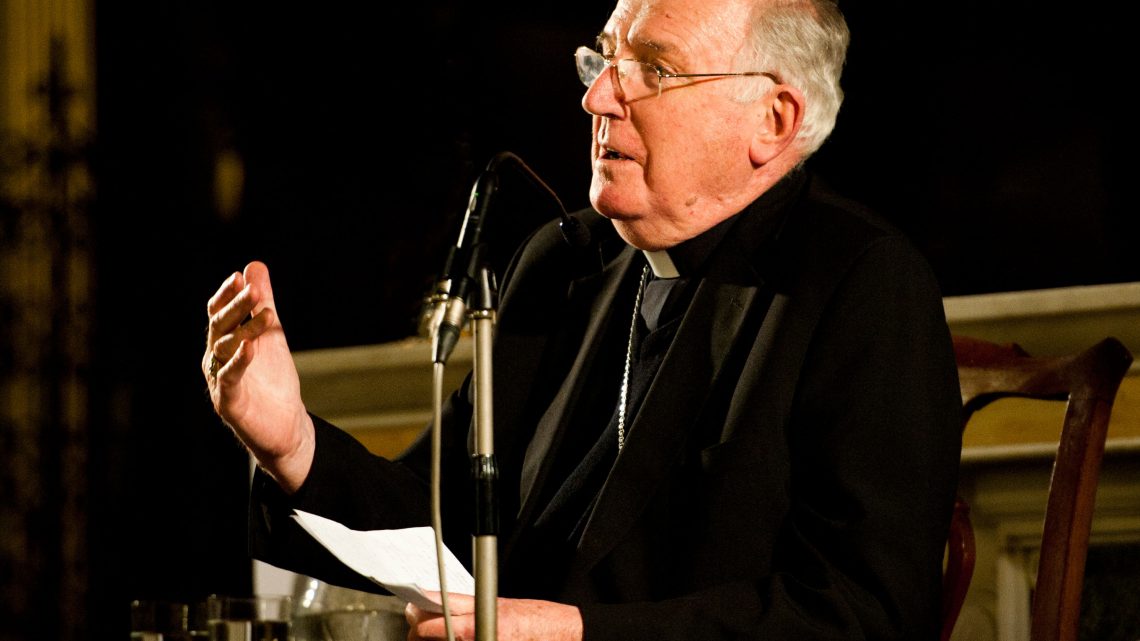 Vatican » » Cardinal Cormac and the ecumenical ...

On Saturday afternoon, 6 July, vying with what seemed like the first real taste of summer sun so far this year, the Focolare Centre for Unity in Welwyn Garden City was packed to overflowing as people came from far and wide to hear Cardinal Cormac Murphy-O’Connor deliver a memorial lecture to mark the fifth anniversary of the death of Focolare’s founder, Chiara Lubich. Members and friends of the Focolare representing various denominations were present alongside local clergy and ecumenical officers.

‘The ecumenical legacy of the Vatican Council’ was the Cardinal’s chosen theme and those present were treated not so much to a formal lecture but to a deep and moving insight into ecumenism of one who had lived it with the wisdom of his years and who spoke with a warmth and a passion that communicated an optimism and a hope spurred on not least by the recent appointments of Pope Francis and Archbishop Justin Welby.

The Cardinal began by recognising the contribution of the Focolare spirituality of unity and its ecumenical work which pre-dated the time of the Council. He spoke of Chiara Lubich as ‘one of the bright luminaries of our century, of the centuries’ and considered her ‘numbered among the blessed in heaven’.

Cardinal Cormac summed up the legacy of Vatican II as one which held no space for prophets of doom. He recalled the Council decree on ecumenism, Unitatis Redintegratio, and its bold proclamation that ‘there is no ecumenism worthy of the name without a change of heart … without inner conversion, newness of attitude and unstinted love’.

Suspicion, inertia and impatience were cited as the three enemies of ecumenism and drawing on his own rich experience both in his time as a priest and later Bishop of Arundel and Brighton, and in latter years as Archbishop of Westminster, the Cardinal summed up ecumenical endeavour as something which begins locally from a relationship with those around us believing that ‘ecumenism is blessed where people are’.

Over the 50 years since the Vatican Council, the ecumenical journey has known significant historic moments. Among these the Cardinal highlighted Pope John Paul II’s visit to Canterbury Cathedral in 1982 which he saw as ‘a beginning of new life, new hope’. The Cardinal also cited the importance of Pope Francis’ recent meeting with Archbishop Justin Welby.

Cardinal Cormac spoke warmly of his time as co-Chair of ARCIC with Bishop Mark Santer as ‘a learning experience of prayer, friendship, and a new appreciation of what unites both Churches … ARCIC was an experience of the real communion that exists between our churches which unites us in the Holy Spirit and together we grow from that’.

The Cardinal challenged those present saying that ecumenism isn’t an option; it is a road with no exit and we all have a part to play. The fact that Pope Francis refers frequently to himself as ‘Bishop of Rome’ seemed to suggest a spirit of collegiality already heralded in Vatican II and to those present it pointed to a bright ecumenical future.

The Cardinal concluded his lecture by recalling Pope Francis’ recent address where he urged that bishops might be ‘shepherds for the flock … to tend hope and have sun and light in their hearts’. In recalling the Pope’s words, Cardinal Cormac communicated an optimism reminiscent of the Vatican Council. This was not simply a looking back with nostalgia at the good old days but a looking forward conscious that ‘the work of ecumenism is God’s work’ and our joint task is ‘to communicate God’s love to his people with that same sun and light in our lives’.

Following a lively and inspiring question and answer session, Bishop Robin Smith, retired Anglican Bishop of Hertford, offered a vote of thanks reiterating the Cardinal’s affirmation of personal relationships in ecumenism and underlined that it is on these that the future of the Church, not least the unity of the Church, depends.